Flight Of The Sabre 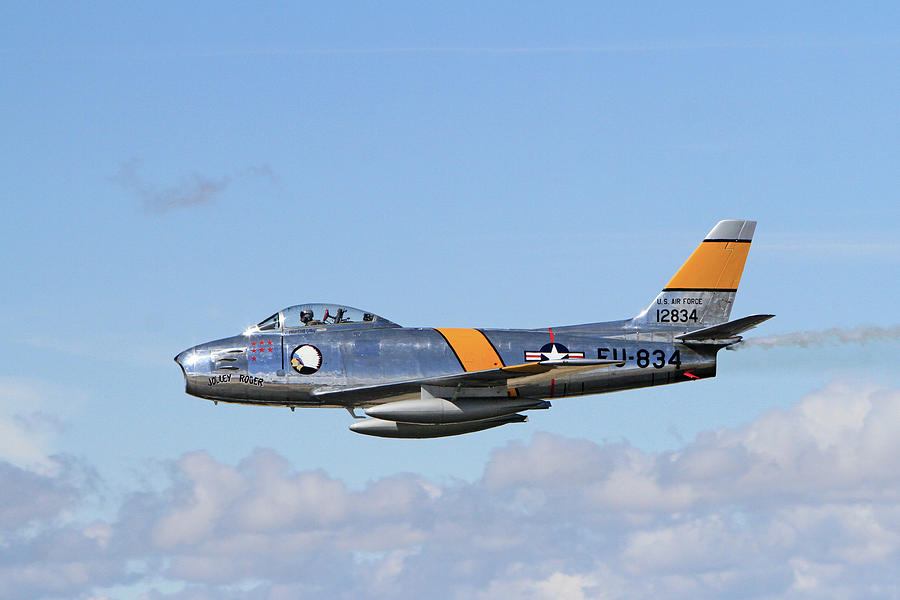 Flight Of The Sabre

The North American F-86 Sabre, sometimes called the Sabrejet, is a transonic jet fighter aircraft. Produced by North American Aviation, the Sabre is best known as the United States' first swept-wing fighter that could counter the swept-wing Soviet MiG-15 in high-speed dogfights in the skies of the Korean War (1950â€“1953), fighting some of the earliest jet-to-jet battles in history. Considered one of the best and most important fighter aircraft in that war, the F-86 is also rated highly in comparison with fighters of other eras.

Thank you for this honor Anthony

Congratulations, your image has been featured in ATET Anything Transportation and Everything Transportation! Please feel free to place the embedded image link in the current "Feature Image Archive" discussion so it remains visible to future visitors.

Thank you for this honor Chad

Beautiful capture of Flight of the Sabre Shoal

Wonder if the pilot is named Roger...amazing capture

Congratulations, on your win, in Airplanes!

Shoal, this is an amazing capture in a wonderful series. f/l

Wonderful work Shoal. I remember building these as models back in the day.

Thats amazing Steve, I'm sure there are lots of great stories there

Great shot of the Sabre Shoal.