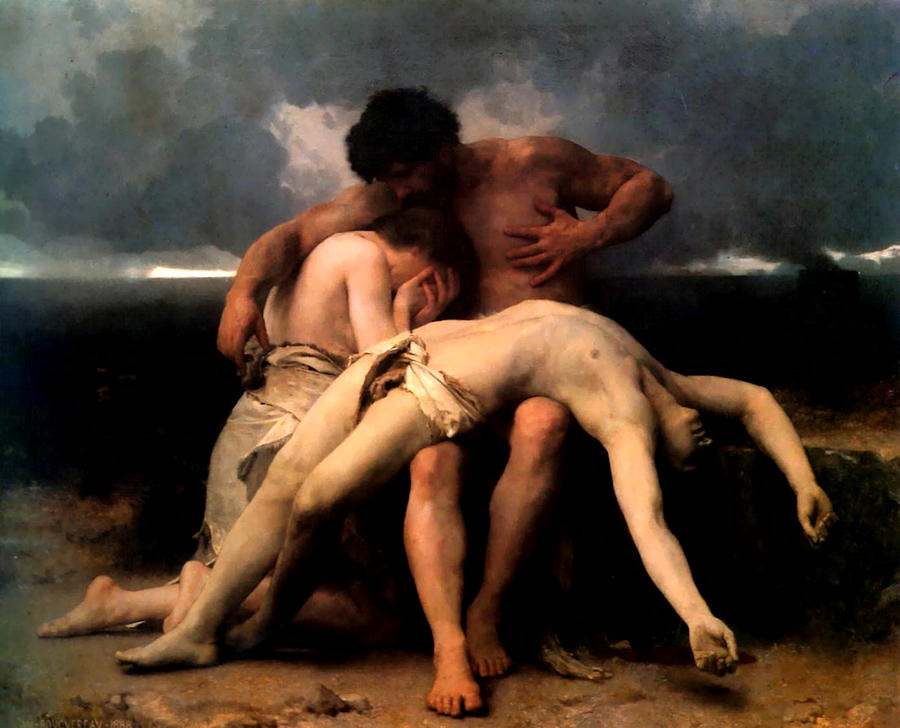 This is a reproduction of William Adolphe Bouguereau's First Mourning of 1888. The French Academecian chose an unusual scene, the reaction of Adam and Eve to the death of their son Abel. Abel was not only the victim of the first murder, he was the first person to experience death according to the traditions of Judaism, Christianity and Islam. The Christian also consider him the first martyr. The painting appears to avoid the drama of many depictions of death and very simply portrays the grief of the first parents. Bouguereau painted this after the death of his second son, a fact which had greater pathos to the scene.