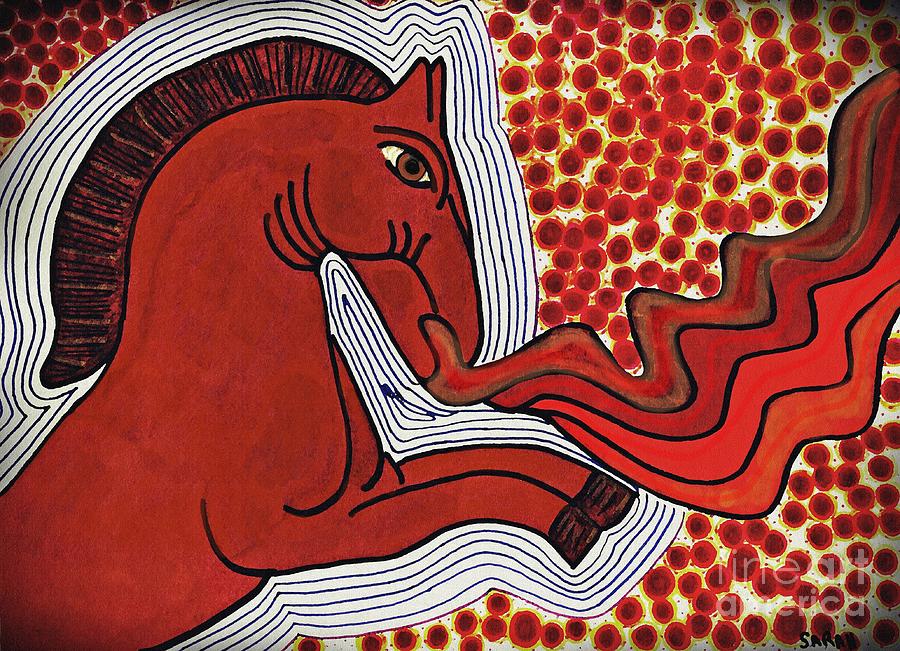 This marker drawing shows a horse, styled like an ancient Greek statue, breathing out fire like a storybook dragon. All this amazing horse needs is a story-- and I'm leaving that up to the viewer.

Featured in the For Children group, May 2012.

Featured in the Artistic group, June 2014.

Featured in the ABC group, November 2014.

Beautiful Sarah such a stunning piece! For sure will share it! :)

Such a cool work Sarah! l/f

Excellent work Sarah on this outstanding presentation!! Congrats on the 9830 views!! v/f/t

My favorite! Nominated for a special feature.

Congratulations on your feature ! Nominating in group ! L/F

What a wonderful design Sarah!! I love the flowing colors!!! L/F

Thank you, Clare! I appreciate the feature.

Love the style of your presenting Horse.L/F

Another fantastic one! I love this so much! Instant v/f

LOVE this!! *Featured in the For Children Group :^D jrr