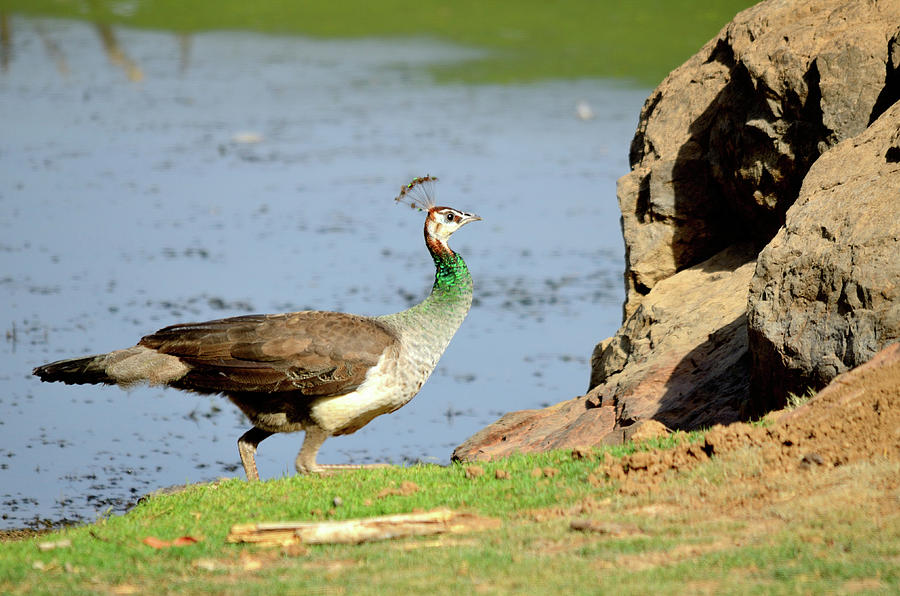 Female Peafowl :----Peafowl produce loud calls especially in the breeding season. They may call at night when alarmed and neighbouring birds may call in a relay like series. Nearly seven different call variants have been identified in the peacocks apart from six alarm calls that are commonly produced by both sexes.
Peafowl roost in groups during the night on tall trees but may sometimes make use of rocks, buildings or pylons. In the Gir forest, they chose tall trees in steep river banks.[26][27] Birds arrive at dusk and call frequently before taking their position on the roost trees.[28] Due to this habit of congregating at the roost, many population studies are made at these sites. The population structure is not well understood. In a study in northern India (Jodhpur), the number of males was 170-210 for 100 females but a study involving evening counts at the roost site in southern India (Injar) suggested a ratio of 47 males for 100 females.

Thanks for featuring in Awesome Asia