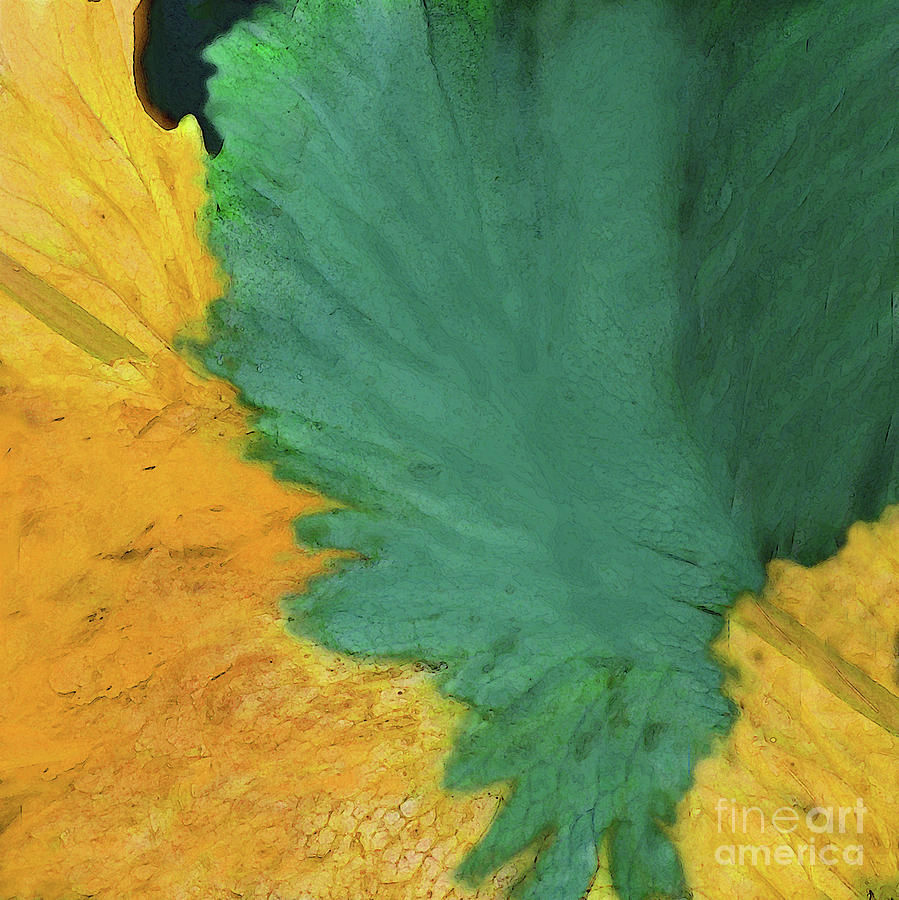 While visiting the Peace River Wildlife Center in Punta Gorda, Florida, I found a large bromeliad with some interesting markings deep in the center. I took a macro photograph, cropped it, and thought the resulting image was an intriguing abstract. After some digital painting and enhancements, this is the result. It reminds me of feathers, perhaps a colorful plumage on a tropical parrot. I have made some other variations of this in different colors. Please feel free to conjour up your own intrepretation of the image if you need one.

Veterinarian Dr. Jerry Gingerich, who was also President of the local chapter of the Audubon Society, often found himself treating injured and orphaned wildlife which ended up at his veterinary office. In 1982, Dr. Gingerich consulted with Larry and Virginia Montaque who started treating the wildlife on the lanai of their home. In 1985, the Peace River Wildlife Center, Inc. became officially incorporated as a not-for-profit organization. According to its Website, since its beginnings the wildlife center has treated over 50,000 birds and small mammals. They house a number of permanent residents who are unable to be totally rehabilitated to be released into the wild. These residents who are kept in attractive, spacious aviaries and habitats, suggestive of their native environments, can be visited by the public. Among the birds available for viewing are Bald Eagles, Hawks, Owls, Ospreys, Crested CaraCara, Sandhill Cranes, Pelicans, Herons, Shorebirds, Cormorants, Songbirds, Crows and Vultures. The center also has tortoises and turtles, as well as mammals such as opossums and rabbits. The wildlife rehabilitation and education center is situated among the mangroves overlooking Charlotte Harbor at Ponce de Leon Park in Punta Gorda Isles, Florida.

I am an exhibiting artist in southwest Florida and my art has been exhibited in galleries in Florida, Georgia and North Carolina and is in collections nationwide. I create abstract