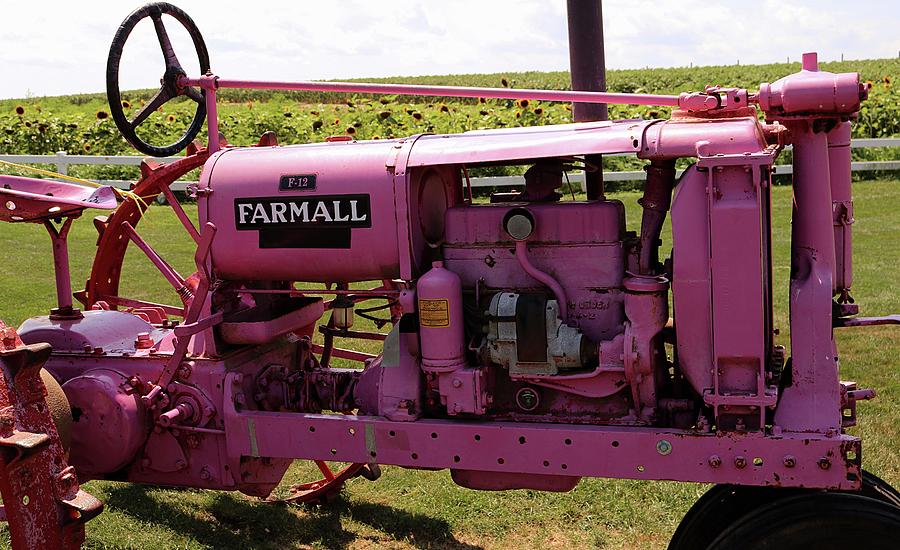 Farmall was a model name and later a brand name for tractors manufactured by the American company International Harvester (IH). The Farmall name was usually presented as McCormick-Deering Farmall and later McCormick Farmall in the evolving brand architecture of IH.

Farmalls were general-purpose tractors. Their origins were as row-crop tractors, a category that they helped establish and in which they long held a large market share. During the decades of Farmall production (1920s to 1980s), most Farmalls were built for row-crop work, but many orchard, fairway, and other variants were also built. Most Farmalls were all-purpose tractors that were affordable for small to medium-sized family farms and could do enough of the tasks needed on the farm that the need for hired hands was reduced and the need for horses or mules was eliminated. Thus Farmall was a prominent brand in the 20th-century trend toward the mechanization of agriculture in the US.

Thank you very much Judy for the feature in the USA Photographers group....it is greatly appreciated

I don't ever think I will own a tractor, but if I did I'd want it to be pink, my favorite color! Wonderful find and presentation Chris! L/F

Thank you Tami......Who ever was the owner was they had a road side stand there for flowers and produce!!

A great and unique find Christopher!...L/T

Thank you very much Marcia....

A pink tractor! That's something you don't see every day! l/f/t

Very true Kay....and this one also had Popeye with it touting the spinach fields I assume...lol

I love this Christopher as what a great composition on it and I never saw any like this color before, well done. L/F/P

Thank you very much Robert...

I started to write earlier that it looked like an F-12, but hesitated. It is an F-12, the first tractors I drove on our farm.