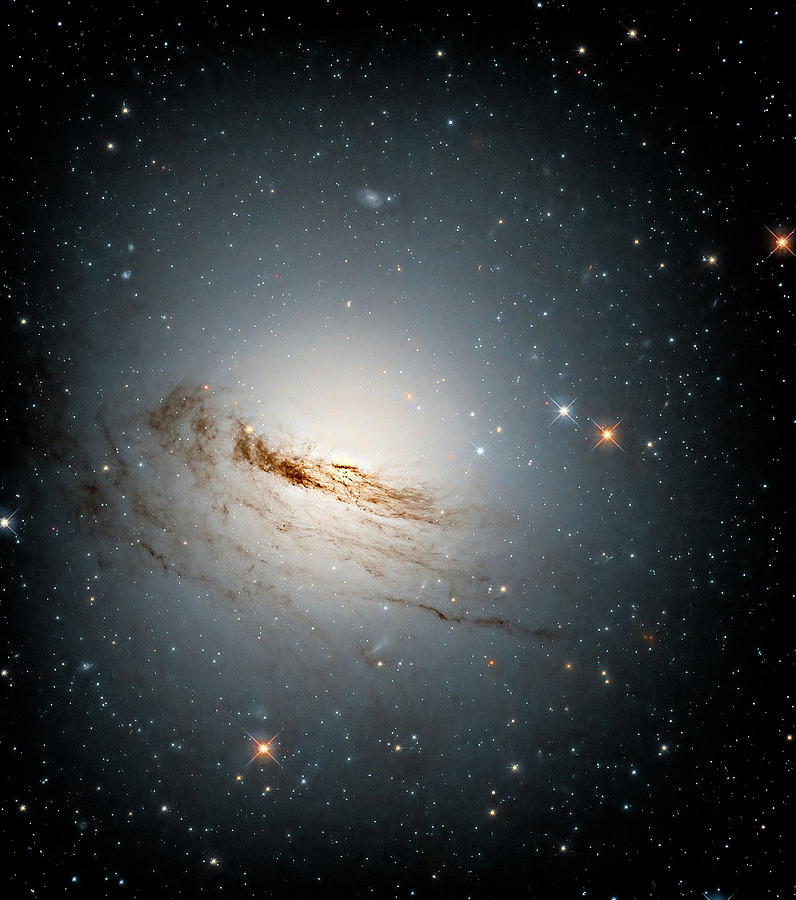 This unusual lenticular galaxy, known as NGC 1947, has lost almost all the gas and dust from its signature spiral arms, which used to orbit around its centre. Discovered almost 200 years ago by James Dunlop, a Scottish-born astronomer who later studied the sky from Australia, NGC 1947 can only be seen from the southern hemisphere, in the constellation Dorado (The Dolphinfish).

Residing around 40 million light-years away from Earth, this galaxy shows off its structure by backlighting its remaining faint gas and dust disc with millions of stars. In this picture, taken with the NASA/ESA Hubble Space Telescope, the faint remnants of the galaxy’s spiral arms can still be made out in the stretched thin threads of dark gas encircling it. Without most of its star-forming material, it is unlikely that many new stars will be born within NGC 1947, leaving this galaxy to continue fading with time.