Eye Of The Peacock 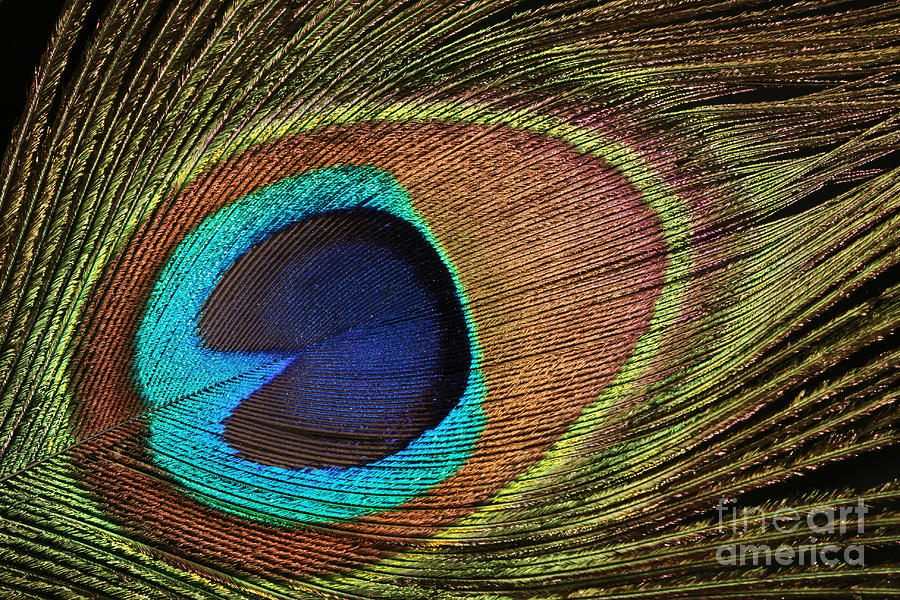 Eye Of The Peacock

Close up view of a peacock feather.

Peafowl include two Asiatic species (the blue or Indian peafowl originally of India and Sri Lanka and the green peafowl of Burma, Indochina, and Java) and one African species (the Congo peafowl native only to the Congo Basin) of bird in the genera Pavo and Afropavo of the Phasianidae family, the pheasants and their allies, known for the male's piercing call and, among the Asiatic species, his extravagant eye-spotted tail covert feathers which he displays as part of a courtship ritual. The term peacock is properly reserved for the male; the female is known as a peahen, and the immature offspring are sometimes called peachicks.

The elaborate iridescent coloration and large "train" of peacocks have been the subject of extensive scientific debate about their function. Charles Darwin suggested they served to attract females, and the showy features of the males had evolved by sexual selection. More recently, Amotz Zahavi proposed in his handicap theory that these features acted as honest signals of the males' fitness, since less fit males would be disadvantaged by the difficulty of surviving with such large and conspicuous structures.

The Indian peacock has iridescent blue and green plumage. The peacock "tail", known as a "train", consists not of tail quill feathers, but highly elongated upper tail coverts. These feathers are marked with eyespots, best seen when a peacock fans his tail. Both sexes of all species have a crest atop the head. The Indian peahen has a mixture of dull grey, brown, and green in her plumage. The female also displays her plumage to ward off female competition or signal danger to her young.

Thank you so much Anita for the feature in Poetic Poultry!!

Beautiful details and presentation of Eye Of The Peacock Judy

Great isolation and framing of this image! L

Beautiful! I love this!

Congratulations your work is featured on the homepage of the Pixels/FAA Group Beauty in Art! 11/19/16 - Please share your Feature in our Feature's Discussion thread!

Thank you so much Jilian for the feature on Beauty In Art!!

Terrific macro of this Peacock feather...wonderful colors and detail