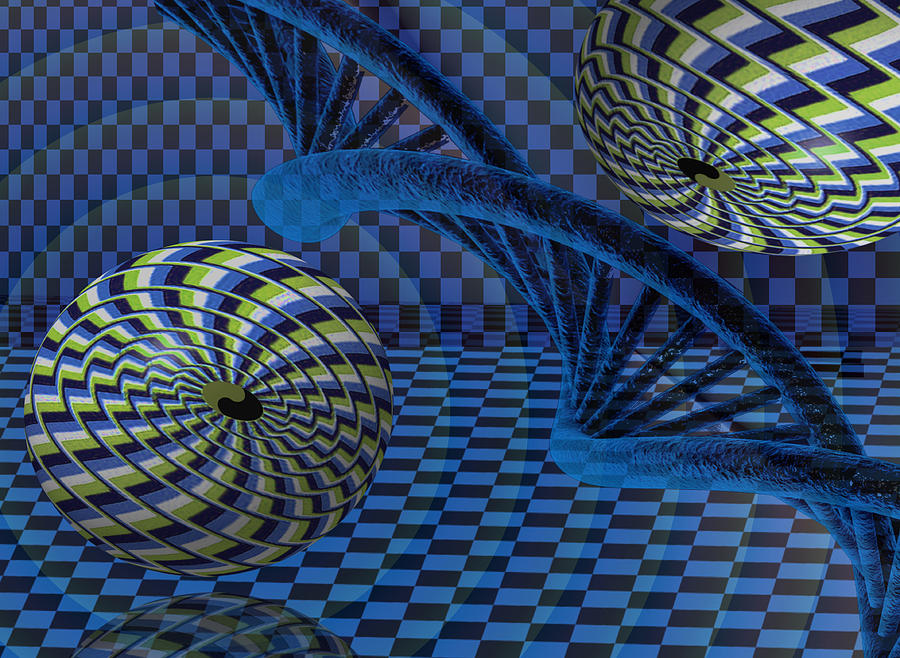 I have a long standing fascination with science and recall reading at one point that Erwin Schrodinger once wrote a letter (in German) to Albert Einstein in which he used the word Verschronkung (translated by himself as entanglement) "to describe the correlations between two particles that interact and then separate, as in the EPR experiment (Einstein, Podolsky, Rosen paradox)." Schrodinger shortly thereafter published a paper defining and discussing the notion, and terming it "entanglement" which he explained as "the characteristic trait of quantum mechanics, the one that enforces its entire departure from classical lines of thought."

This image honors those with sufficient courage to challenge classical lines of thought and open our minds to extraordinary possibilities. Who knows the true potential latent in our own DNA, for example. What about the pineal gland in the center of our brains; does it contain the key to connecting with entangled particles in parallel dimensions? Perhaps entangled particles hold the secret of instantaneous communication across great distances. It seems the more we learn, the more there is to learn. If you are a scientist, engineer, or researcher bringing new information to the rest of humanity, thank you.

This image is also a celebration of mysterious connections. For example, have you ever "felt" someone looking at you only to discover that someone actually was? Or...have you ever thought about someone and they call you seconds later? Perhaps we are all connected in ways science is only just discovering? These are some of the thoughts I had while creating this image. I hope it has meaning for you and provokes thought. :-)