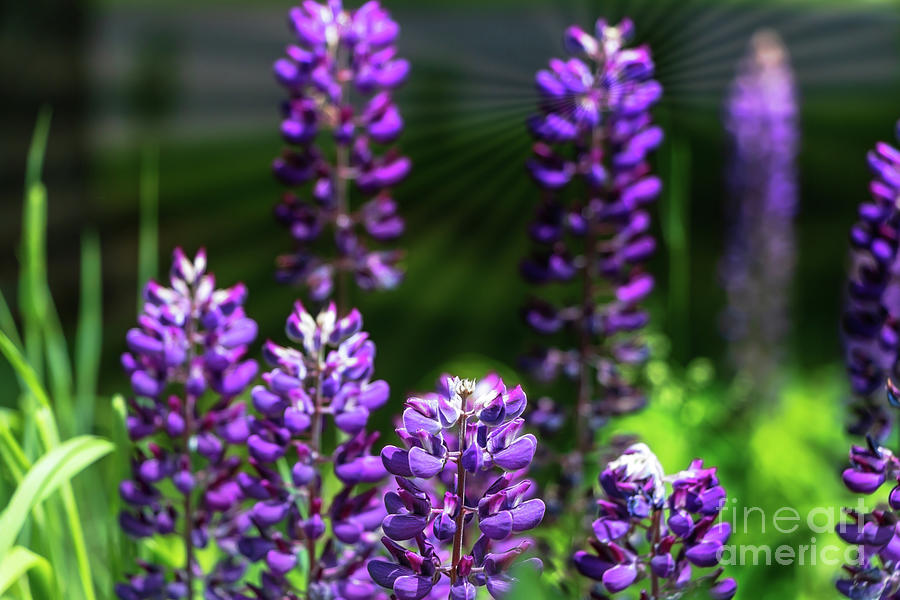 I love the lupines that grown in my garden. They are bright purple and pink. I grew them from seeds and now they are taking over my garden! That's okay!! I still love them anyway! They always remind me of my favorite children's book, Miss Rumphius by Barbara Cooney. Apparently there was a real Lupine Lady before Barbara Cooney wrote her book. Her name was Hilda Edwards and she lived in Christmas Cove. She came from Bristol, England, in 1904, at the age of 15 and lived in South Bristol Maine. I found this information on the New England Historical Society Web page. All credit is given to them for this wonderful story.

Hilda Edwards arrived in South Bristol, Maine, from Bristol, England, in 1904, at the age of 15.

There were no roads to Christmas Cove. Hilda Edwards had to take a train to Newcastle and then a mail launch down the Damariscotta River.

Her uncle, Smith College professor Harry Norman Gardiner, had invited her to stay in his remote cottage on Jupiter Knoll at Christmas Cove. Explorer John Smith had named the inlet after discovering it on Christmas Day.

Hilda Edwards graduated from Smith in 1912 and in 1915 married Talbot Faulkner Hamlin. He was a professor and librarian at Columbia University and winner of a Pulitzer Prize for his biography of Benjamin Henry Latrobe.

Like Miss Rumphius, Hilda Hamlin traveled widely, though with her husband and three sons.

After leaving her husband in Paris in 1926, she audited courses at Smith, but still came to the little cottage on Christmas Cove in summertime. She began planting lupine seeds imported from her native England. Every August she cut bundles of lupine stalks and shook out their seeds over a wider space.

Then she began putting seeds in her pocket when she walked to the post office and strewing them along the roadside. She did it in secret, rarely telling anyone about her lupine obsession. Some friends knew. The real Miss Rumphius didn’t drive, and when friends gave her a ride they’d catch her tossing lupine seeds out the window. They called her ‘Hilda Lupina’ or the ‘Lupine Lady.’

Please visit their website today to become a free member!

Elizabeth, Congratulations on your Featured Artwork in Floral Photography And Art !

They are beautiful Elizabeth. LF