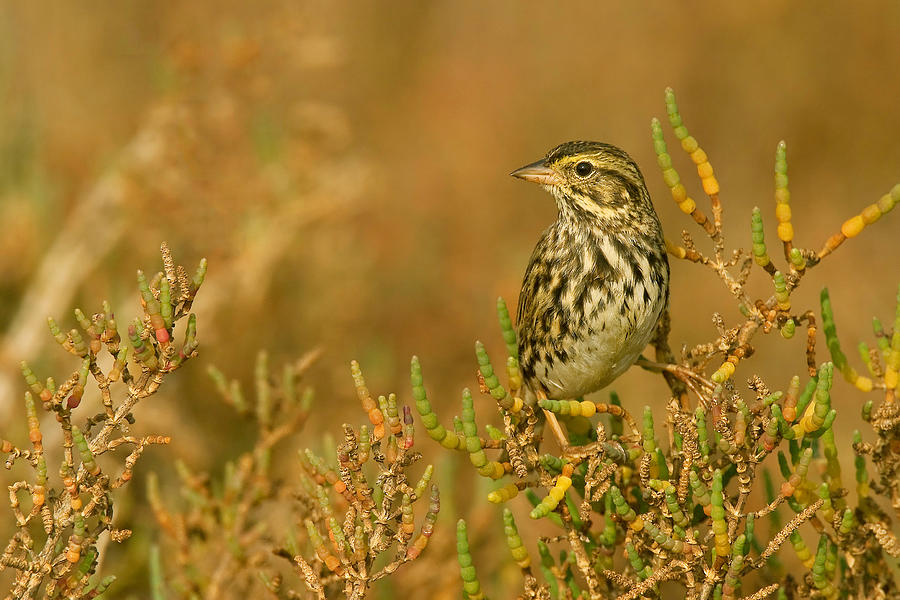 The Belding's savannah sparrow is a California state-listed endangered species. It is one of four subspecies of savannah sparrows that is otherwise widely distributed and occur in a variety of habitat types, including grassland, high-elevation meadow, and marshes. It is unique in that it represents one of only two wetland-dependant avian species endemic to coastal salt marshes in southern California. The main factors that influence the long-term survivability of this subspecies are the health and security of its habitat. In southern California, the long-term protection of coastal salt marsh habitat is closely tied to ownership and use of the land. Threats of salt marsh habitat loss or degradation have slowed but continue. Other threats include problems associated with human trespassing, pets within the marshes, encroachment from adjacent human activities, and habitat degradation. This subspecies was listed as endangered by the State of California in 1974 due to the development, degradation, and fragmentation of coastal salt marsh habitat as numbers of Belding's savannah sparrows decreased dramatically. The population in California increased from 1,084 pairs in 1973, 1,610 pairs in 1977, 2,274 pairs in 1986, 1,844 pairs in 1991, 2,350 pairs in 1996, and 2875 pairs in 2001. However, statewide censuses of Belding's savannah sparrows reveal wide fluctuations in local population sizes, with local extinctions occurring in some years. The population at Bolsa Chica Wetlands (Huntington Beach) has been more regularly censured and the population has been fluctuating between 100 and 250 breeding pairs. (Info from: http://www.fws.gov)

wonderful capture Ram; you've captured the bird and it's habitat with amazing clarity!

Composition, sharpness and bird itself are simply amazing, really like it! v

nice capture with interesting plants too

This is a gorgeous capture. v

Beautiful capture of this little guy blending in perfectly with his environment!

Stunning capture and composition - beautiful color on the flora too!

Beautiful outdoors setting and details of this little one!

Really nice image Ram. Have enjoyed all of your bird images.

Thanks to the art collector from Carlsbad, California for purchasing a print of this image.

Beautiful capture! Congratulations on your sale!

Great capture - congratulations on your sale!

Ram This is a wonderful picture of a sparrow Congrats on your sale!!