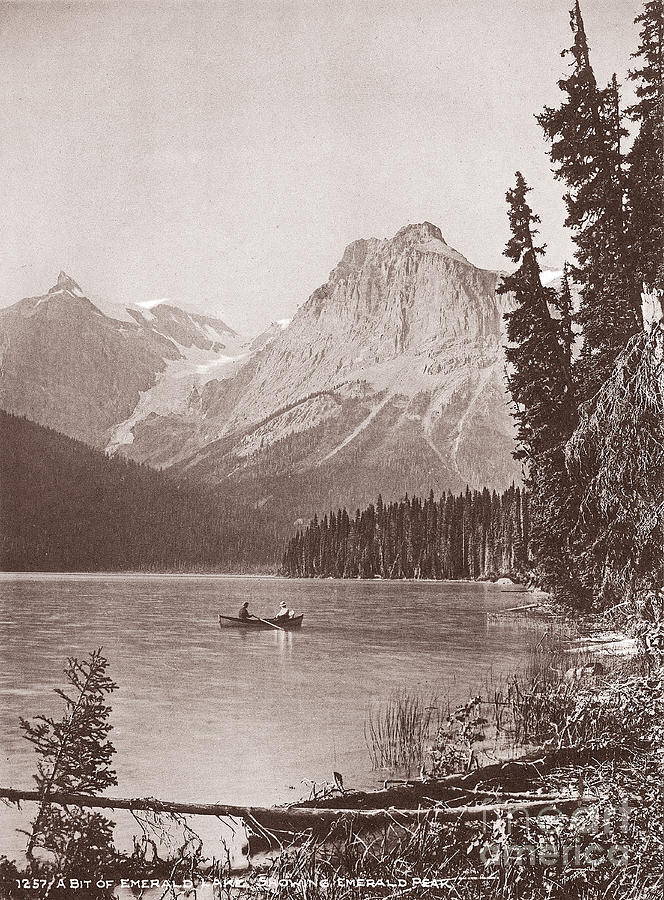 This is a scan of a gravure. A rare view of the Rocky mountains. Stephen Joseph Thompson Photographer b. May 27, 1864, Baillieboro, Ont.; d. Aug. 7, 1929, Vancouver. Arrived in New Westminster, possibly from New York. Opened a studio partnership as Thompson & Bovill (December 1897). By 1889, ran his own studio in New Westminster until it was destroyed by fire, Sept. 11, 1898. Also in 1898, he accompanied an official expedition to Northern B.C. with the deputy minister of marine and fisheries, Louis Coste. Described as "prolific and versatile" in both portraits and landscapes. A major subject was CPR lines in the 1890s.