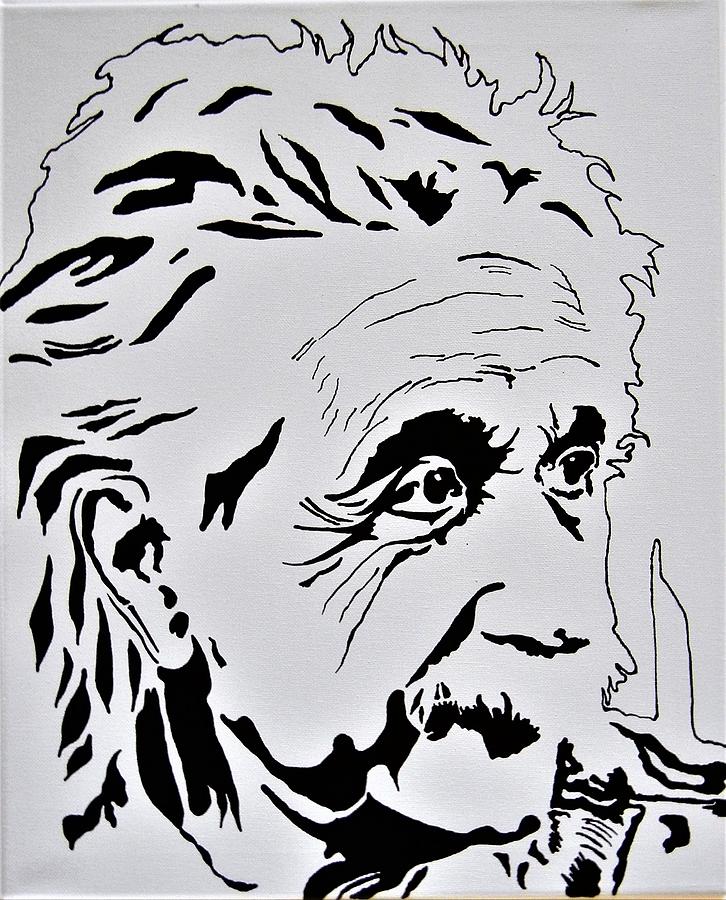 Albert Einstein is often cited as one of the most influential scientists of the 20th century. His work helps astronomers study everything from gravitational waves to Mercury's orbit.

His equation that helped explain special relativity – E = mc2 – is famous even among those who don't understand the underlying physics. He also is known for his work on general relativity and the photoelectric effect; his work on the latter earned him a Nobel Prize in 1921.
This painting is done with professional grade mix media materials on gallery wrapped canvas. It is signed and wired in the back, ready to be hanged.