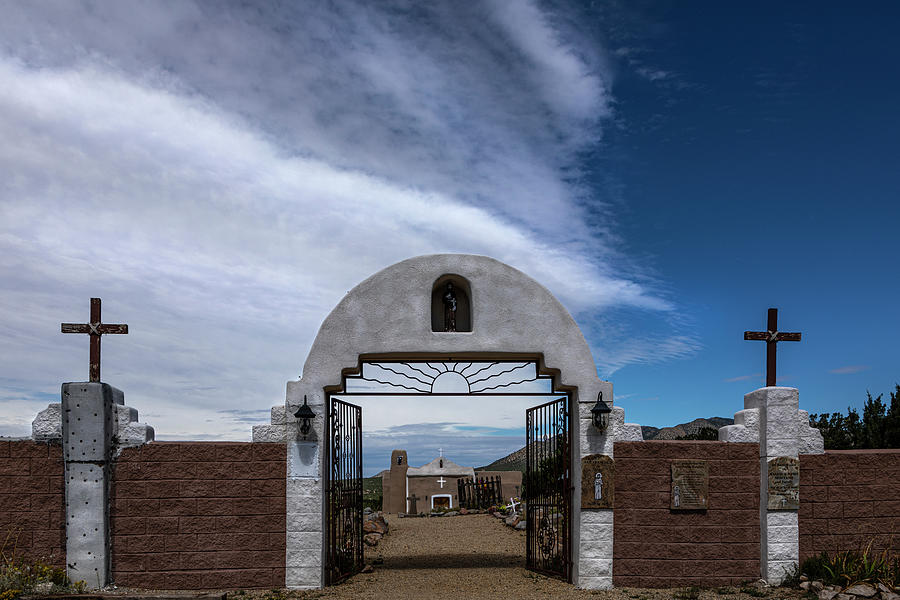 ...all who enter here. Take that Dante!

The church is now one of the most photographed sites along the historic Turquoise Trail. After being abandoned for twenty years Michael R Montano came along and with the help of local parishioners, restored the church which now holds mass every Saturday afternoon.

Congratulations on the feature of your wonderful image in the Camera Art group! L/F