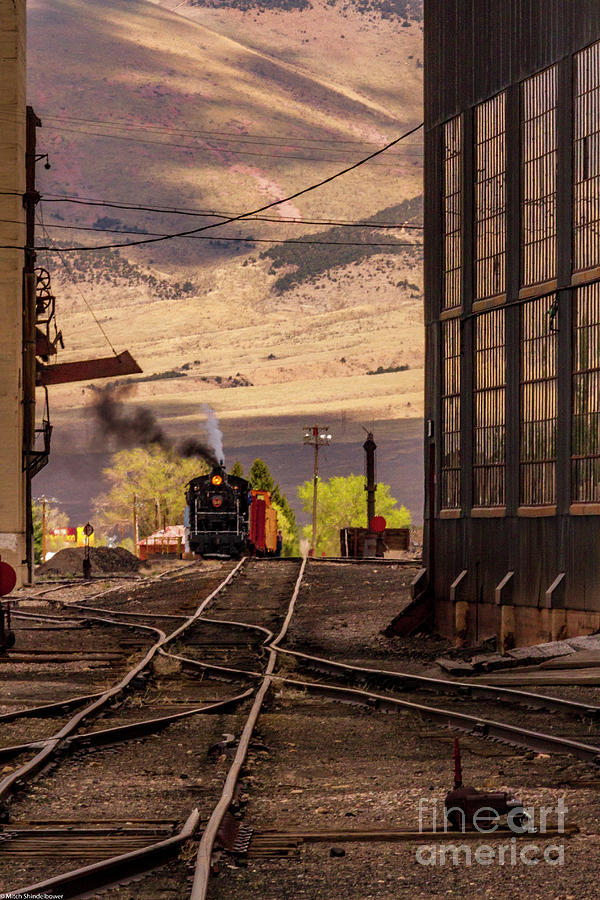 Ely Railyards...The museum is situated at the East Ely Yards, which are part of the Nevada Northern Railway. The site is listed on the United States National Register of Historic Places as the Nevada Northern Railway East Ely Yards and Shops and is also known as the "Nevada Northern Railway Complex". The rail yards were designated a National Historic Landmark District on September 27, 2006. The site was cited as one of the best-preserved early 20th-century railroad yards in the nation, and a key component in the growth of the region's copper mining industry. Developed in the first decade of the 20th century, it served passengers and freight until 1983, when the Kennecott Copper Company, its then-owner, donated the yard to a local non-profit for preservation. The property came complete with all of the company records of the Nevada Northern from its inception.

The lighting and perspective excellent.