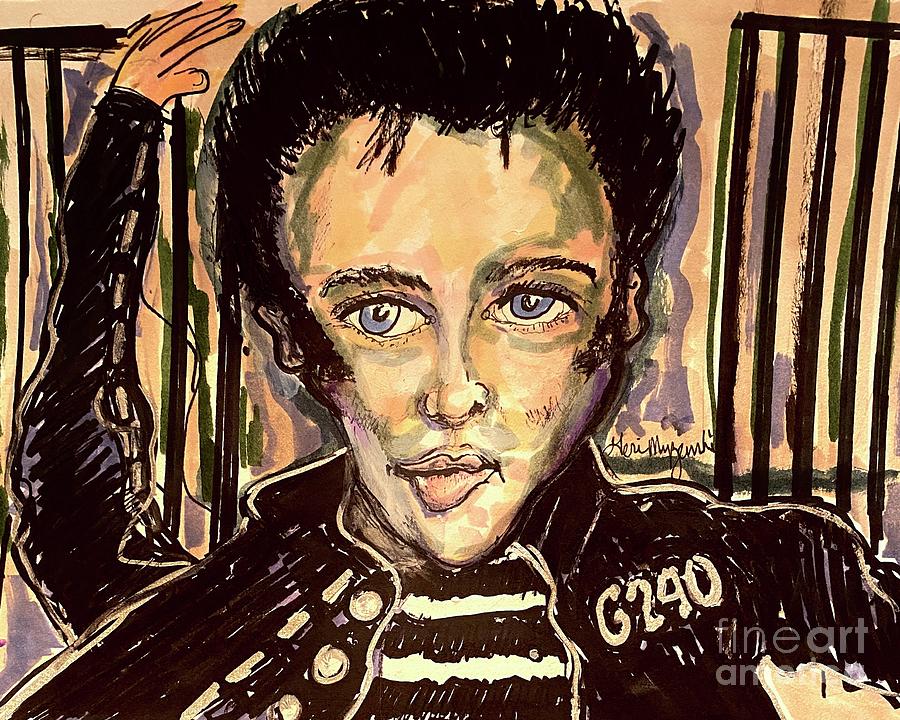 "Jailhouse Rock" is a song written by Jerry Leiber and Mike Stoller that first became a hit for Elvis Presley. RCA Victor released the song on a 45 rpm single on September 24, 1957, the song had a film release of Presley's motion picture under the same name, Jailhouse Rock. Rolling Stone magazine included it at number 67 on its list of The 500 Greatest Songs of All Time and was named one of The Rock and Roll Hall of Fame's 500 Songs that Shaped Rock and Roll.

👍Congratulations, your beautiful and interesting work has been featured in Polish Painters Palette Group.