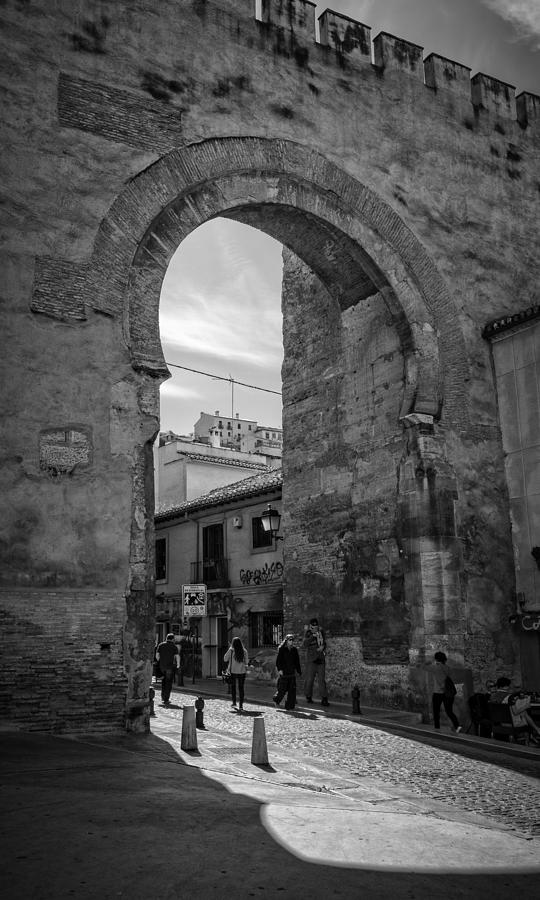 As usually happens, I was walking from here to there in Granada Spain when I spied this gate on a street off to my left. My map indicated that this was Puerta Elvira and that it led to Calle Elvira which was just as good a route for me to get "there" from where I was. Puerta Elvira means Elvira Gate, although locals call it the Arch of Elvira, Arcoa de Elvira. It is of obvious Arab origin, given the keyhole or horseshoe shape. It was originally part of a defensive structure, dating from the 11th century and built by the Zirid sultans. It was the main and largest gate of the city. It gave access to the Alcazaba quarter and the "medina" (the old city). Most of the original structures have been destroyed, and this gate underwent several restorations in the 20th century. It was declared Bien de Interes Cultural (a categoyr of Spanish heritage) in 1896. Admit it now....you are singing the song...

FEATURED PHOTO, Spain The Mainland and Islands of Spain group, 1/15/16

thank you Diana for the feature in the Spain The Mainland and Islands of Spain group, 1/15/16

You know the way to my hear Joan! Wonderful image! Welcome to Arches and Archways! This image has been featured! 01/15/2016 ~ drs

thank you Geordie for the feature in the Spanish Theme Artwork Group, 1/8/16

Wonderful image! the black and white really shows off the texture in the old stone arch.

wonderful in black and white!

Gracious presentation with beauty of vibrant lights in mono tone

thank you Kim for the feature in the Black and White Photography group, 5/15/15