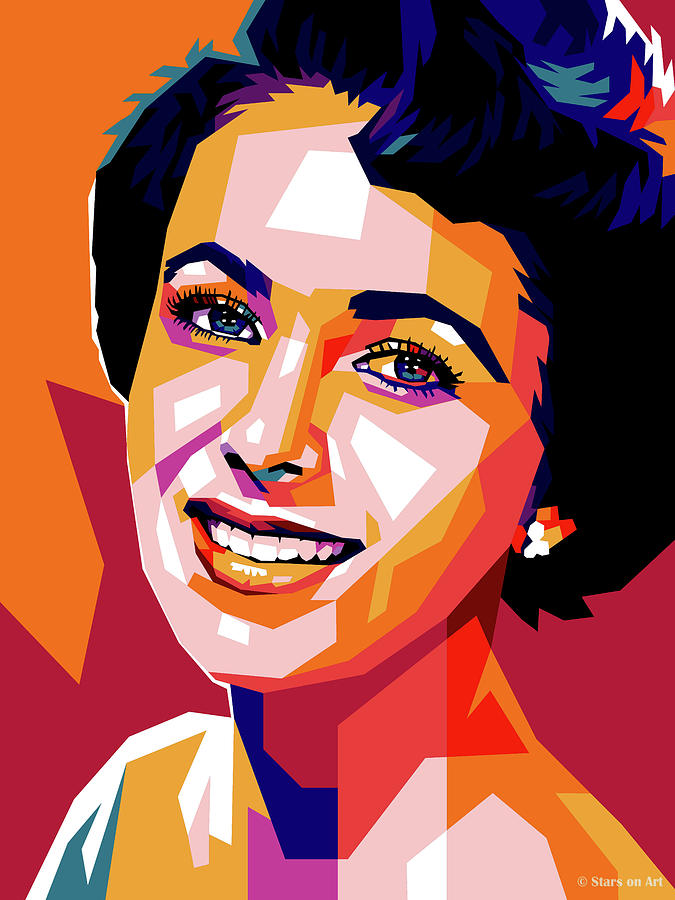 An illustration of Elizabeth Taylor from early in her career. Elizabeth Taylor (1932-2011) was a British-born American actress who began her career as a child actress in the early 1940s and then became one of the most popular stars of classical Hollywood cinema in the 1950s. She continued her career successfully into the 1960s and remained a well-known public figure for the rest of her life. In 1999, the American Film Institute named her the seventh-greatest female screen legend of all time.

After MGM signed her in 1944 and starring in "National Velvet," the studio helped her screen image blossom from a pretty child star into one of Hollywood's most beautiful women and among the all time famous screen personalities. She transformed from child roles to romantic leads in a short span.

She won a second Academy Award for her performance in "Who's Afraid of Virginia Woolf?" (1966), directed by Mike Nichols.
(credit: Wikipedia)