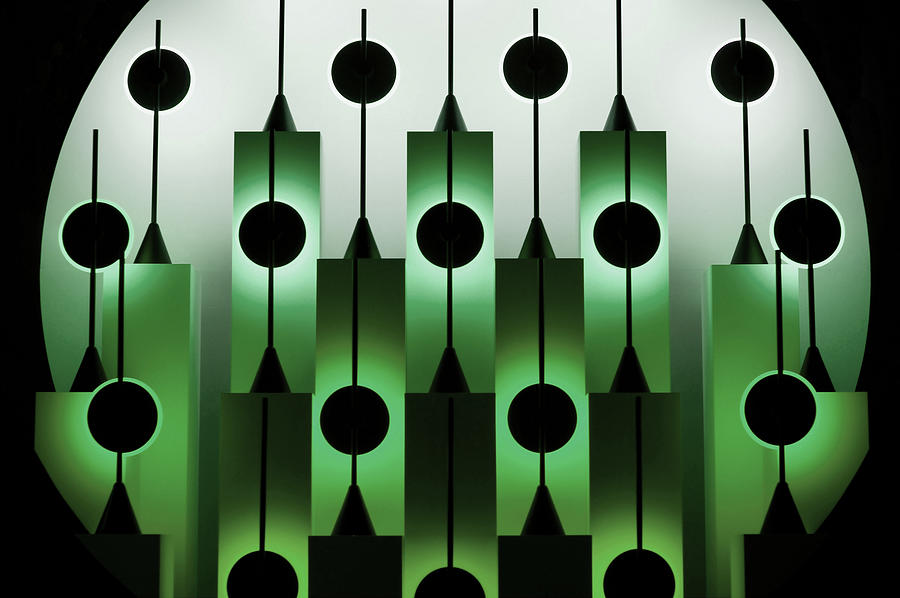 "An electric light is a device that produces visible light from electric current. It is the most common form of artificial lighting and is essential to modern society, providing interior lighting for buildings and exterior light for evening and nighttime activities. In technical usage, a replaceable component that produces light from electricity is called a lamp. Lamps are commonly called light bulbs; for example, the incandescent light bulb. Lamps usually have a base made of ceramic, metal, glass, or plastic, which secures the lamp in the socket of a light fixture. The electrical connection to the socket may be made with a screw-thread base, two metal pins, two metal caps or a bayonet cap.
The three main categories of electric lights are incandescent lamps, which produce light by a filament heated white-hot by electric current, gas-discharge lamps, which produce light by means of an electric arc through a gas, such as fluorescent lamps, and LED lamps, which produce light by a flow of electrons across a band gap in a semiconductor.
Before electric lighting became common in the early 20th century, people used candles, gas lights, oil lamps, and fires. English chemist Humphry Davy developed the first incandescent light in 1802, followed by the first practical electric arc light in 1806. By the 1870s, Davy's arc lamp had been successfully commercialized, and was used to light many public spaces. Efforts by Joseph Swan and Thomas Edison led to commercial incandescent light bulbs becoming widely available in the 1880s, and by the early twentieth century these had completely replaced arc lamps.
The energy efficiency of electric lighting has increased radically since the first demonstration of arc lamps and the incandescent light bulb of the 19th century. Modern electric light sources come in a profusion of types and sizes adapted to many applications. Most modern electric lighting is powered by centrally generated electric power, but lighting may also be powered by mobile or standby electric generators or battery systems. Battery-powered light is often reserved for when and where stationary lights fail, often in the form of flashlights or electric lanterns, as well as in vehicles." Wikipedia