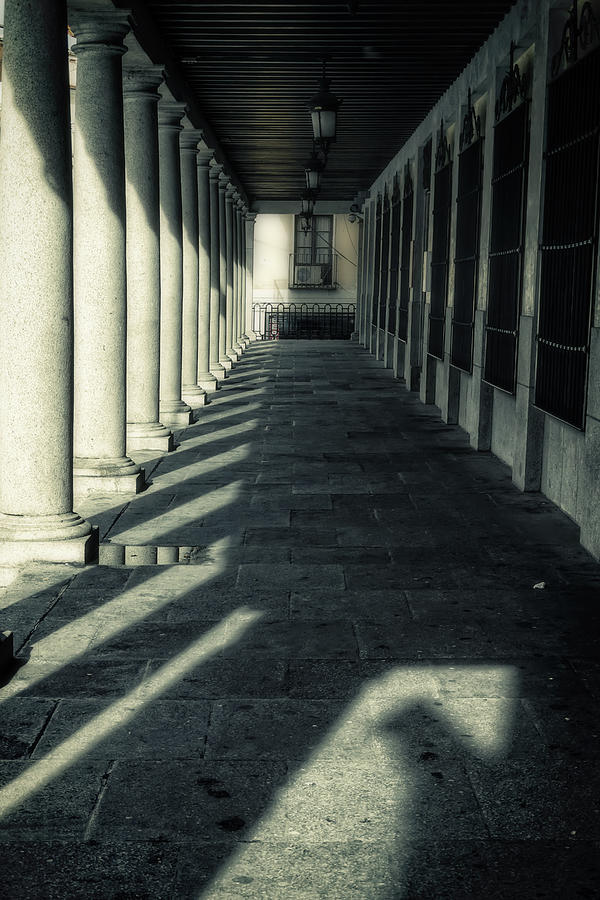 Early morning light creeps into the main square in Toledo Spain, the Plaza de Zocodover. Take some time to appreciate the historic architecture and the beautiful light at this time of day. Then turn right around and head to Confiteria Santo Tome for some of the local mazapan! This plaza is the central point of the city and all the main roads to tourist sites start here.

FEATURED PHOTO, Places You Visited and Would Recommend to Others group, 5/9/13

Wonderful point of view and composition!

thank you Valerie for the feature in the Desaturated group, 11/20/14

thank you Greg and Chrystal!

VERY FINE SHOT...SO NICE IN MANY WAYS...lines, depth of field, texture...shadow and light are perfect! Congrats on all of your features! l/f

thank you Karen for the feature in the Hotel Lobby Art group, 6/15/14

thank you Marinescu for the feature in the Premium FAA Artists group, 6/15/14

Love the interplay of the light!! LF

Great shadows! I want to go!

Lovely play of light and shadow Joan. I am thinking of going to Spain and Portugal soon. l/fav

wonderful use of lines and shadows