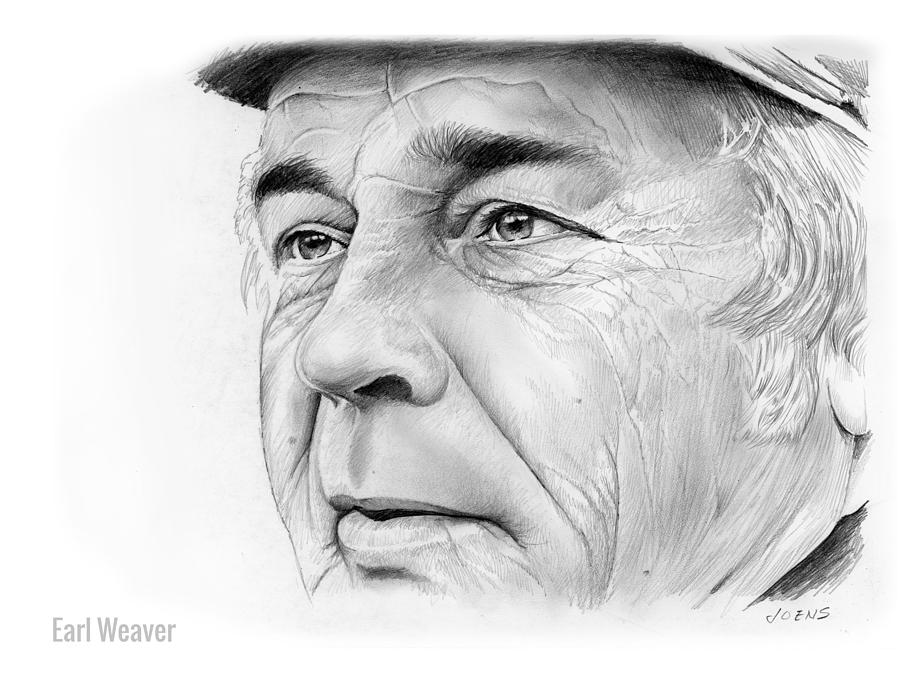 Earl Sidney Weaver (August 14, 1930 – January 19, 2013)
was an American professional baseball player, Hall of Fame Major League manager,
author, and television broadcaster. After playing in minor league baseball,
he retired without playing in Major League Baseball (MLB). He became a minor league manager,
and then managed in MLB for 17 years with the Baltimore Orioles (1968–82; 1985–86).

Weaver's style of managing was summed up in the quote: "pitching, defense, and the three-run homer."
He did not believe in placing emphasis on "small ball" tactics such as stolen bases, hit and run plays,
or sacrifice bunts. He was inducted into the Baseball Hall of Fame in 1996.