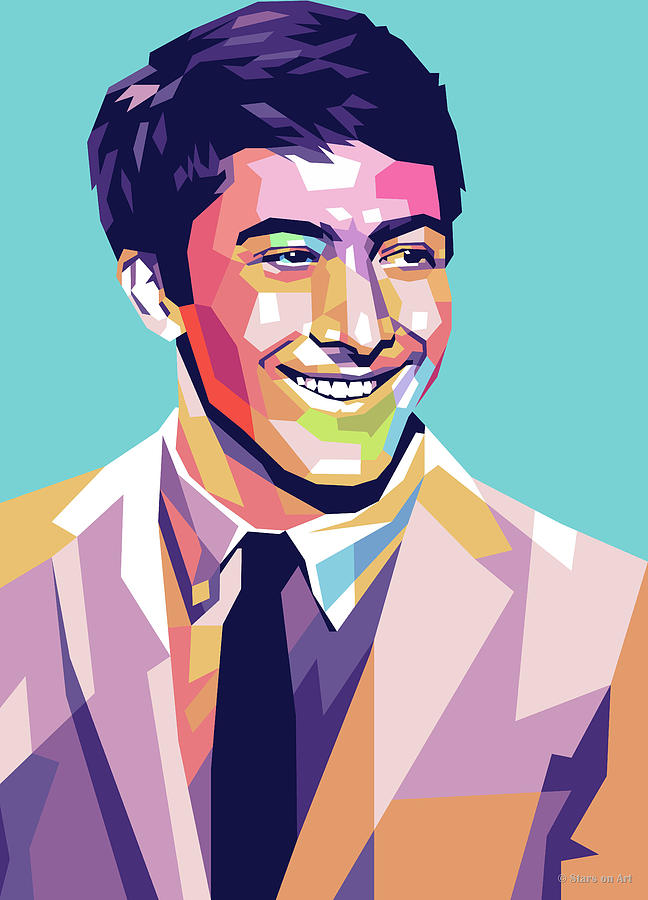 Illustration of actor Dustin Hoffman. Hoffman, born in1937, is an American actor and filmmaker. He is recognized for his versatile portrayals of antiheroes and emotionally vulnerable characters. He was nominated for Academy Awards for his performances in "The Graduate," Midnight Cowboy," and "Lenny."

His first Academy Award came from his role as a beleaguered, custody-battling father in "Kramer vs. Kramer" (1979) and a second one for a stunning performance as an autistic brother to Tom Cruise in "Rain Man" (1988).

In his early years, he dropped out of Santa Monica City College, studying music, intending to become a concert pianist. He then attended the Pasadena Playhouse and began acting at 19. He went to New York, hoping for a career on the stage, but struggled along as a janitor and an attendant in a hospital mental ward and other menial jobs for several years. One of his earliest performances on stage came in 1966 with the off-Broadway play "Eh?". His performance garnered him a Theatre World Award and Drama Desk Award.

His first significant role was in Mike Nichols' iconic and critically acclaimed "The Graduate" (1967), which gave him his first Academy Award nomination. The tremendous commercial success of "The Graduate" launched Hoffman into instant stardom.

He demonstrated a remarkable range of screen characterizations, drawing accolades for his convincing performances in widely diverse roles. Among them was in John Schlesinger's "Midnight Cowboy" (1969), alongside Jon Voight; they both received Oscar nominations, while the film won Best Picture. He had continual success in the 1970s in such films as the western, "Little Big Man" (1971), the prison drama "Papillon" (1973), the biopic "Lenny" (1975), "Marathon Man" co-starring Laurence Olivier (1976), and as reporter Carl Bernstein in the Watergate story, "All the President's Men" (1976). In 1979 he starred with Meryl Streep in the family drama "Kramer vs. Kramer" (1979), with both of them winning Academy Awards.