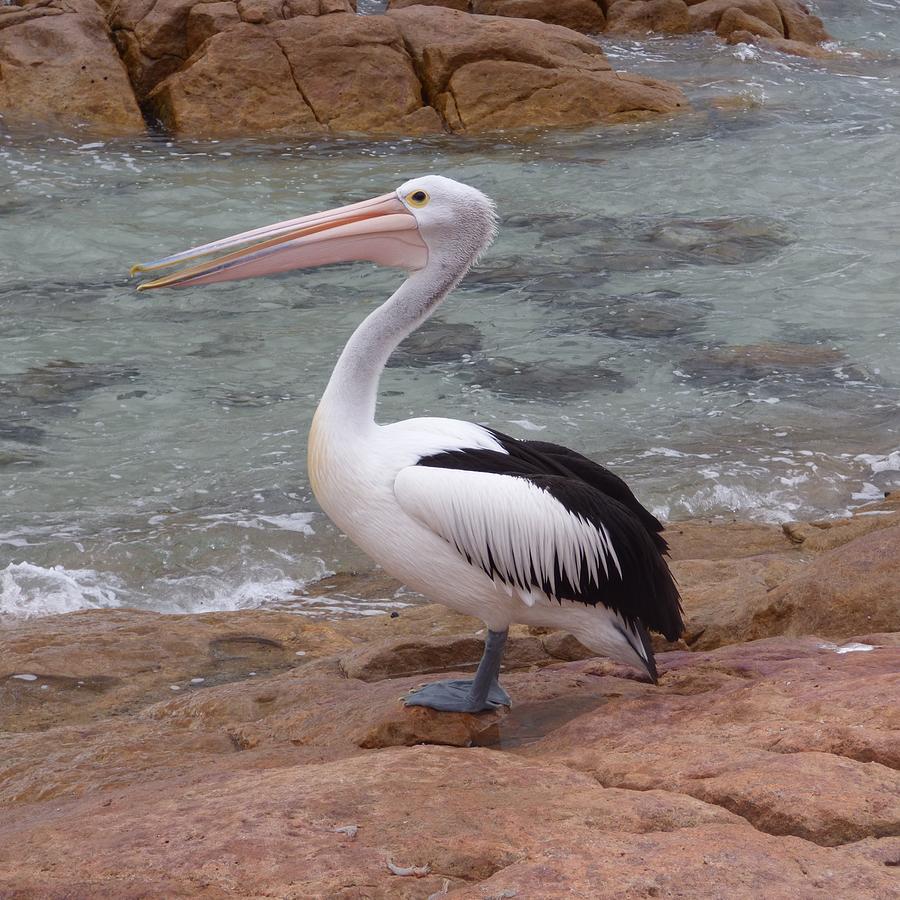 Australian pelican. The Australian pelican ( Pelecanus conspicillatus) is a large waterbird in the family Pelecanidae, widespread on the inland and coastal waters of Australia and New Guinea, also in Fiji, parts of Indonesia and as a vagrant in New Zealand. It is a predominantly white bird with black wings and a pink bill.

Congratulations on your Feature in Beautiful Birds Group Michaela.

Fantastic capture of this gorgeous pelican

Ahhh! The ubiquitous Pelican, they always come to the fish cleaning tables whenever we have been lucky at our favourite fishing spots. A lovely handsome take. L/F

Thanks, yes he was watching the people fishing

A really fantastic shot Mik....wish I could like and favourite it lots of times...have to make do with once on each.