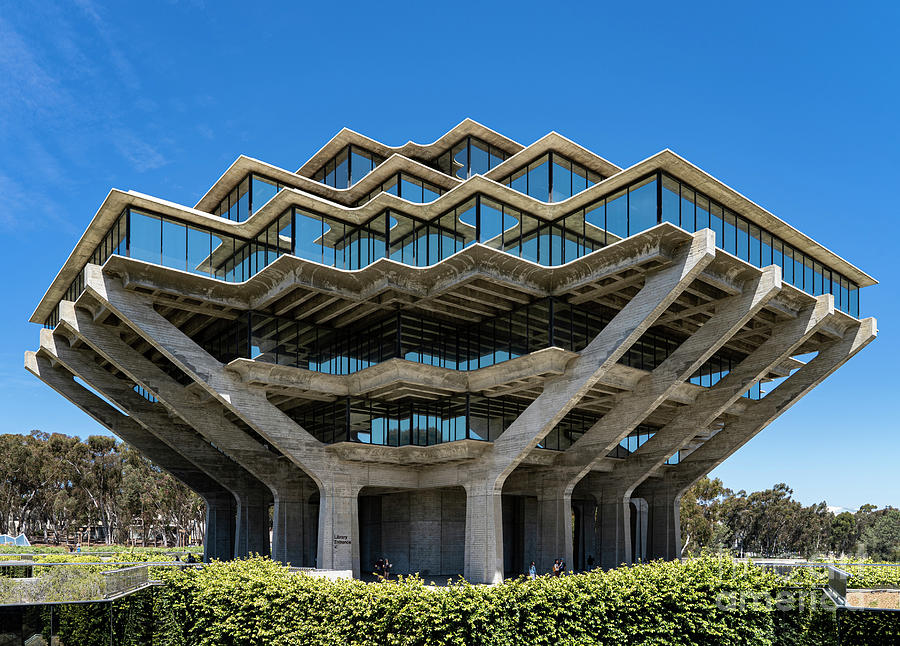 Geisel Library is the main library building of the University of California, San Diego. It is named in honor of Audrey and Theodor Seuss Geisel. Theodor is better known as children's author Dr. Seuss. The building's distinctive architecture, described as occupying "a fascinating nexus between brutalism and futurism",[1] has resulted in its being featured in the UC San Diego logo and becoming the most recognizable building on campus.

The library was designed by William Pereira and opened in 1970 as the Central Library. It was renovated in 1993 and rededicated as the University Library Building, and renamed Geisel Library in 1995.[2] The UC San Diego Library consists of Geisel Library and the Biomedical Library Building, with off-campus locations at Scripps Archives and Library Annex, the Trade Street Storage Annex, and the UC Southern Regional Library Facility.

Wow, Wayne. Beautifully captured. The windows reflect the blue of the sky so closely I initially thought it was a artwork without function until I realized a building was sitting on the concrete supports. LF

This is so amazing! Love the way you have captured this awesome library!

Cool structure, great capture and thanks for educating me that there was a museum of such.

That is a cool library, nicely captured!