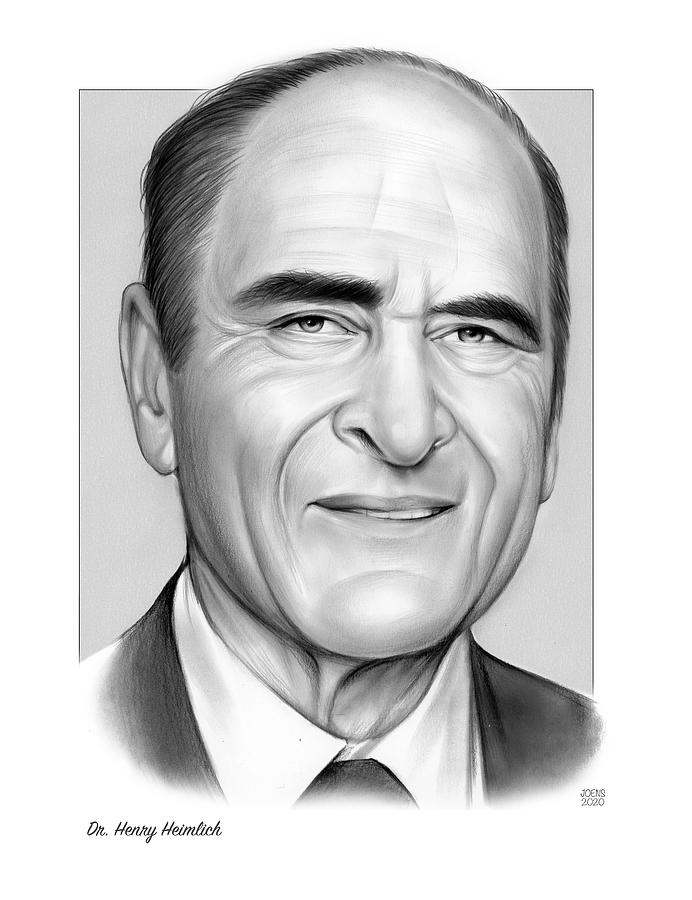 Pencil sketch of Dr. Henry Judah Heimlich February 3, 1920 – December 17, 2016) Dr. Heimlich was an American thoracic surgeon and medical researcher. He is widely credited as the inventor of the Heimlich maneuver, a technique of abdominal thrusts for stopping choking, described in Emergency Medicine in 1974. He also invented the Micro Trach portable oxygen system for ambulatory patients[4] and the Heimlich Chest Drain Valve, or "flutter valve", which drains blood and air out of the chest cavity.