Down By The Seashore 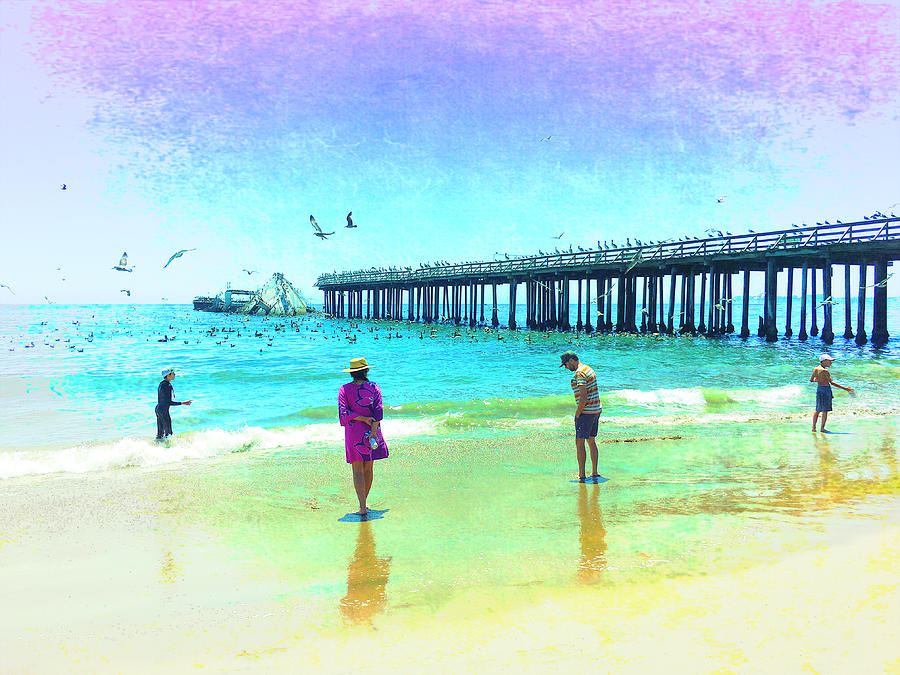 Down By The Seashore

Down by the seashore at Seacliff Beach, Santa Cruz, California
One of the most remarkable landmarks along the Santa Cruz coastline is the S. S. Palo Alto, more traditionally known as the old “cement ship”. Lodged at the end of the Seacliff State Beach fishing pier in Aptos, the ship remains a nostalgic symbol of local life and activities from the past.

Long before the waves and winter storms cracked the hull and sunk the ship into the sand, the S. S. Palo Alto was a 435-foot long, 7,500-ton oil tanker built for use during World War I. When the U.S. government commissioned new ships to replace those destroyed by German submarines, the U.S. Shipping Board Emergency Fleet Corporation built ships from reinforced concrete, using technology developed by a Norwegian civil engineer, Nicolay Knudtzon Fougner, and his brother Hermann.

CONGRATULATIONS! It is my pleasure to feature your beautifully treated photography on the homepage of The 200 Club, a unique and highly ranked group. You are invited to archive it in the Club's Features/Thanks discussion thread or the other appropriate threads for continued opportunities to be seen!

Beautiful work!!! Congrats on your feature on the Art District Homepage!!! F/L

Drumroll please...Congratulations your image has received a SPECIAL FEATURE on the aRt dIStrICt Homepage! Bravo🎉 Please archive your image in the groups Featured archive discussion.

Thanks so much Pamela!

Congratulations! Your fantastic art has been featured on the Home Page of the ABC GROUP from the P IS FOR PASTELS week,October 12, 2020 October 19, 2020.! You are invited to add your wonderful art to the Features Archive Discussion in the ABC GROUP!

Very beautiful, Christina!!! wish I was there!! v/f/t