Down But Not Out Driftwood Beach Jekyll Island Georgia Art 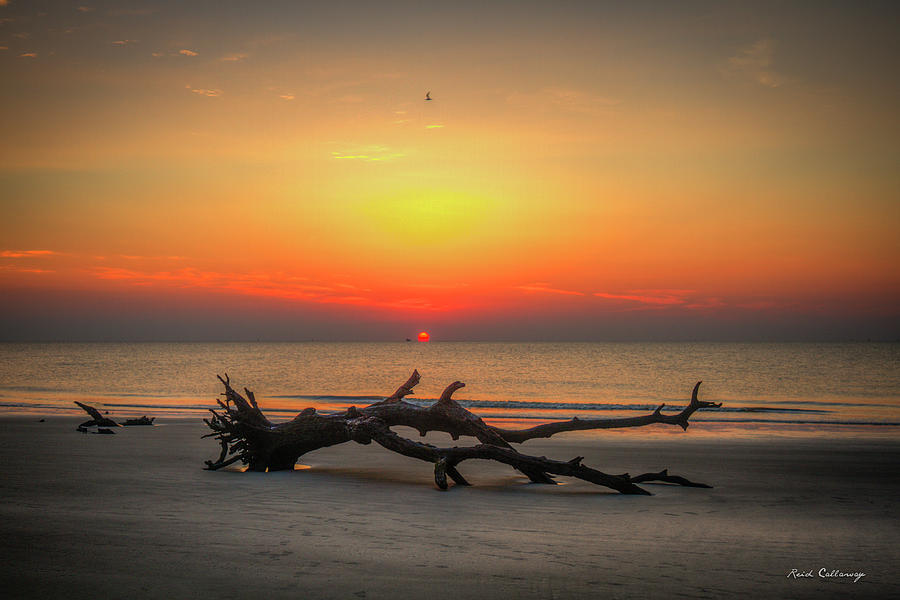 Down But Not Out Driftwood Beach Jekyll Island Georgia Art

This is a sunrise image from Driftwood Beach on Jekyll Island, Georgia. This secret shore on the northern tip offers solitude and haunting beauty. Ghostly tree-skeletons rise from the sand, overlooking the St. Simons lighthouse across the St. Simons Sound. These trees died from erosion that has taken place over the last hundred to two hundred years. Driftwood Beach is a wonderful location for capturing the beautiful moments just before or after sunrise looking out into the vast Atlantic Ocean. Jekyll Island is a special place along Georgia's coastline referred to as the Golden Isles of Georgia!

Jekyll Island is located off the coast of the U.S. state of Georgia, in Glynn County. It is one of the Sea Islands and one of the Golden Isles of Georgia, all barrier islands. The city of Brunswick, Georgia, the Marshes of Glynn, and several other islands, including the larger St. Simons Island, are nearby. While in the area be sure to see Lover's Oak located in Brunswick.

Long used seasonally by indigenous peoples of the region, beginning in the colonial era, some of its lands became privately owned. A few structures still stand made of tabby, a coastal building material of crushed shells. The island was developed in the late 19th and early 20th centuries for private vacation homes of wealthy American businessmen. It was evacuated during World War II by order of the US government. In 1947 the state of Georgia acquired all the property, for security and preservation.

A popular tourist destination, the island has beaches frequented by vacationers. Guided tours of the Landmark Historic District are available. Bike trails, walks along the beaches and sandbars, and Summer Waves, a water park, are among the active attractions. The historic district features numerous impressive and ambitious buildings from the late nineteenth and early twentieth centuries. The island is also full of wildlife, consisting of many different mammals, reptiles, and birds living and breeding in the island's inland marshes.

Thank you Jannice Walker for featuring my artwork in our group... Sunsets Sunrises Night and Moon Shots! 11/18/2016

Thank you Dan Marinescu for featuring my artwork in our group... Premium FAA Artists! 11/13/2016

Thank you Beth Vesseur for making this image one of your personal Favorites!