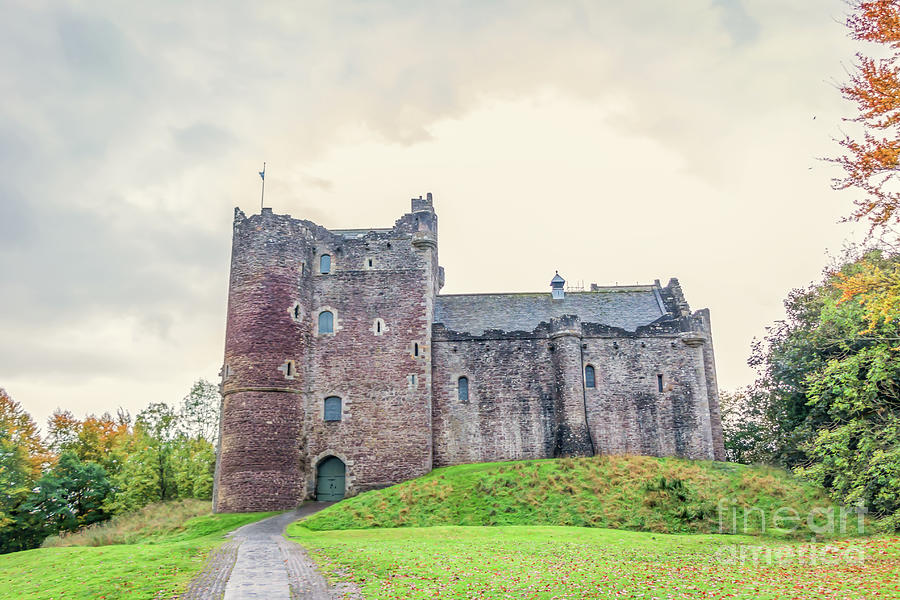 Oh Doune Castle has been in many films over the years. I think it started with Elizabeth Taylor and her co star Robert Taylor in Ivanhoe! Later the castle was seen in Monty Python and the Holy Grail, as well as King of Thrones where Winterfell scenes were filmed. But more recently, it became so popular with the Outlander fans. This is the famous Castle Leoch where the Clan Mackenzie made their home. We all remember Clair Beauchamp Randall making her way off horseback in "nothing but her shift". How can we forget Jamie tackling Dougal in a game of early field hockey? Walking up the path to this iconic castle gave me chills. What a fortress!! I was unable to go inside the castle....so I guess I forced to make another trip to Scotland to see this amazing place again. Slainte!

Wonderful photograph of such an amazing building with s much history, thanks for the notations, so interesting FAV/L

Wonderful image , love the composition of this architecture.