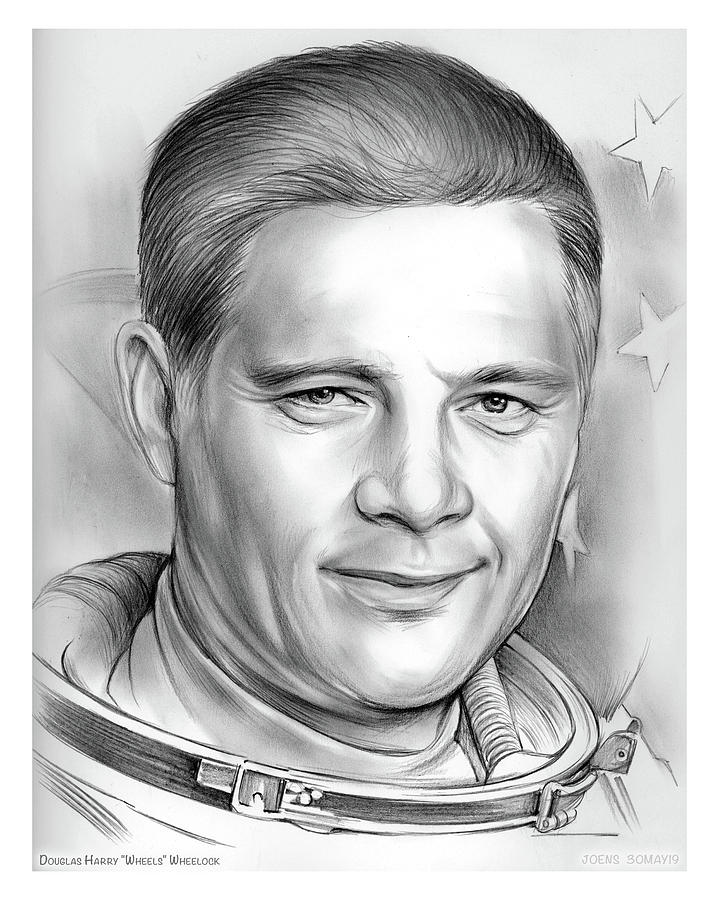 Pencil Sketch of the Day...

(born May 5, 1960) is an American engineer and astronaut. He has flown in space twice, logging 178 days on the Space Shuttle, International Space Station, and Russian Soyuz. On July 12, 2011, Wheelock announced that he would be returning to active duty with the United States Army in support of Operation Enduring Freedom.

Doug Wheelock is a descendant of Rev Ralph Wheelock

Reverend Ralph Wheelock -- Puritan minister, America's first public school teacher, and founder of the Massachusetts towns of Dedham and Medfield -- played an active and important role in the settling of the Massachusetts Bay Colony. He was instrumental in establishing two new towns, and held virtually every office of importance in both of them. Furthermore, he was at the forefront of establishing the educational foundations of the country, including serving as America's first public school teacher.

His descendents would also prove to play an important a role in settling New England and the rest of America. His son Benjamin was a founder of the Town of Mendon. Among his great-grandchildren were founders of several New England towns, as well as Eleazar Wheelock, the founder of Dartmouth. Succeeding generations would push farther west, settling the frontiers in New York, Michigan, Illinois, Nova Scotia, and Texas, establishing impressive credentials as teachers, writers, soldiers, founders of towns, and creators of business.

and my 9th great grandfather.