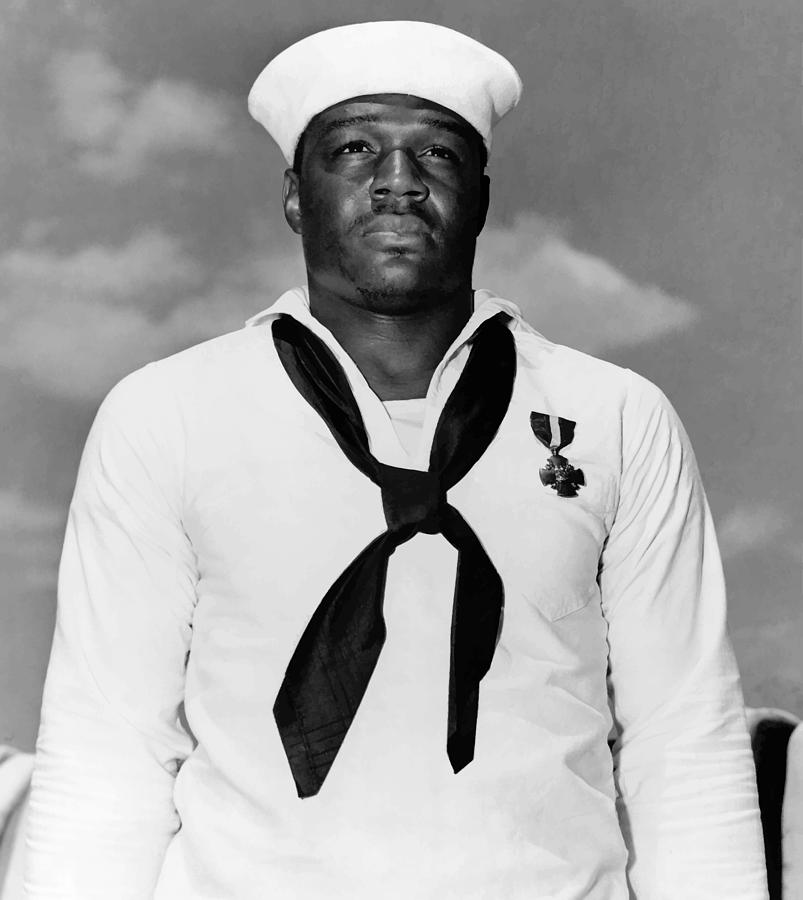 Doris "Dorie" Miller was a cook in the United States Navy and the first African American to be awarded the Navy Cross Medal. Miller was awarded the medal for his bravery during the attack on Pearl Harbor. Later in the war, Dorie and 643 others were killed when their ship, the USS Liscome Bay, was torpedoed by a Japanese submarine on November 23, 1943. Celebrate American History with this digitally restored vintage poster from The War Is Hell Store.