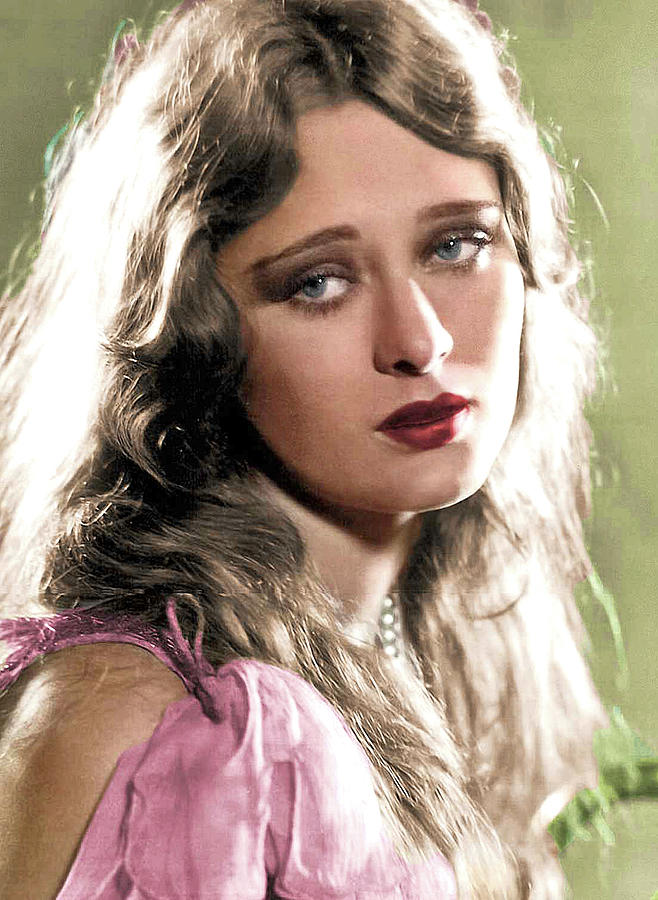 A colorized publicity photo of Dolores Costello (1903-1979). She was an American film actress who achieved her greatest success during the era of silent movies, and was nicknamed "The Goddess of the Silent Screen". She was married to actor John Barrymore, was the mother of John Drew Barrymore, and the grandmother of Drew Barrymore.