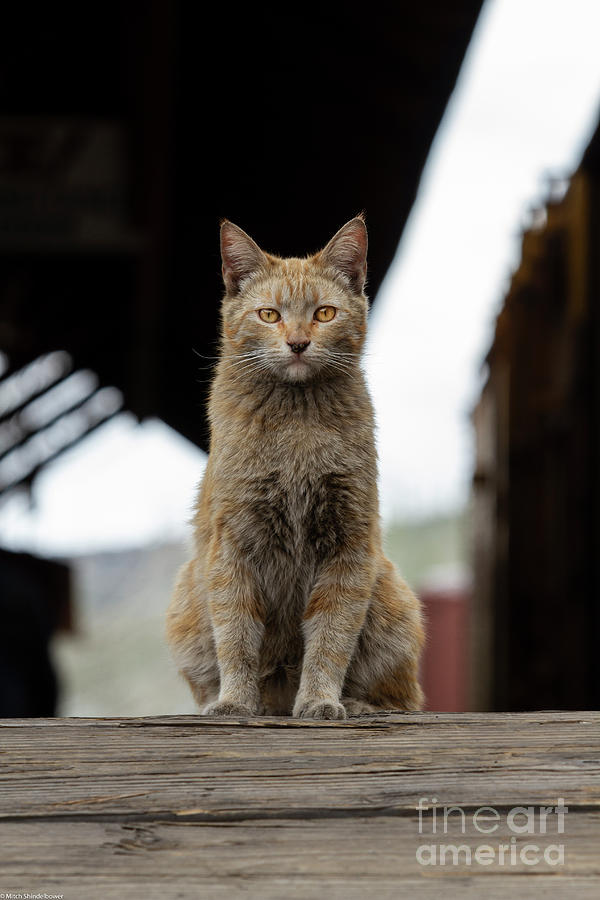 DJ The Railyard Cat...A feral cat or a stray cat is an un-owned domestic cat (Felis catus) that lives outdoors and avoids human contact: it does not allow itself to be handled or touched, and usually remains hidden from humans.[1][2] Feral cats may breed over dozens of generations and become an aggressive local apex predator in urban, savannah and bushland environments. Some feral cats may become more comfortable with people who regularly feed them, but even with long-term attempts at socialization, they usually remain aloof and are most active after dusk.

Feral cats are devastating to wildlife, and conservation biologists consider them to be one of the worst invasive species on Earth.[3] Attempts to control feral cat populations are widespread but generally of greatest impact within purpose-fenced reserves.

Some animal-rights groups advocate trap-neuter-return programs to prevent the feral cats from continuing to breed, as well as feeding the cats, socializing and adopting out young kittens, and providing healthcare. Others advocate euthanasia. Feral cats may live outdoors in colonies: these are regarded as managed colonies by animal rights advocates when they are provided with regular food and care by humans.

What a great portrait of this beautiful cat!

I've just read your description and over the 50 years odd years that we've had cats in the city, have run across and taken in a few ferals from the street. After neutering and getting them used to our regular indoor cats, they have tamed down but there's always that occasional surprise. One just hated the bathtub water running would run around the house while another pretended to care for and nurse an adult male.

I love those eyes! Beautiful shot!

What great capture~ love the composition and colors :))