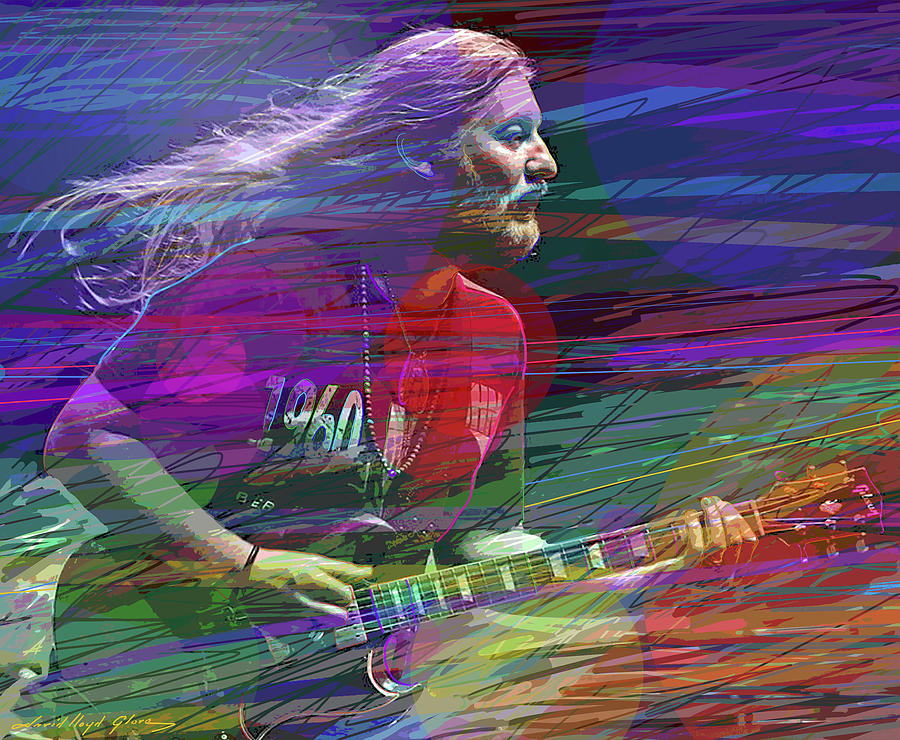 Derek Trucks is an American guitarist, songwriter, and founder of The Derek Trucks Band. He became an official member of The Allman Brothers Band in 1999. In 2010, he formed the Tedeschi Trucks Band with his wife, blues singer/guitarist Susan Tedeschi. Original painting acrylic and ink on canvas by David Lloyd Glover

Bravo, your work is featured on the homepage of the aRt diStrIct! You are invited to archive your work in the feature archive discussion