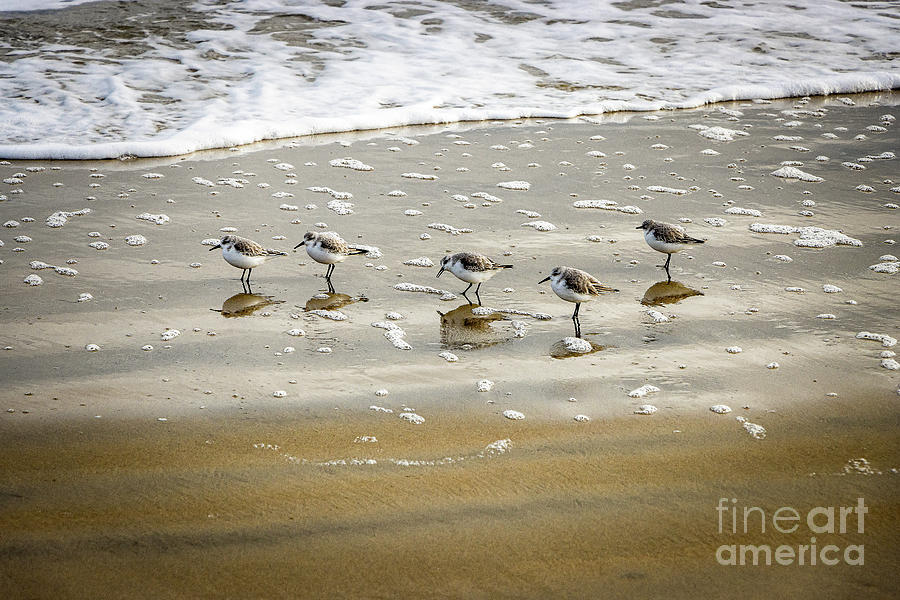 While visiting a dear friend in Wells, we took some time to walk along her beach. It was magnificent, even though it was a cold January day. These lovely sandpipers were harvesting some tasty morsels coming up in the tide. They did not seem afraid of me at all and let me get within a couple of feet of them to take this photo. Sandpipers are the cutest birds along the beach. I love their long legs and delicate beaks! Sandpipers are a large family, Scolopacidae, of waders or shorebirds. They include many species called sandpipers, as well as those called by names such as curlew and snipe. The majority of these species eat small invertebrates picked out of the mud or soil. Aren't they just adorable?

Congratulations on your feature!

Congratulations!! This beautiful image has been selected to be featured for the week in the “New England Photographers Photographing New England” Group Home Page. You are welcome to add a preview of this featured image to the group’s discussion post titled “2020 March & April: Stunning Featured Images and Thank-you’s” for a permanent display within the group, to share this achievement with others. You may also share this featured image on our Facebook page: https://www.facebook.com/groups/171657183565863/ Thank you for your participation in the group! (March 9, 2020)