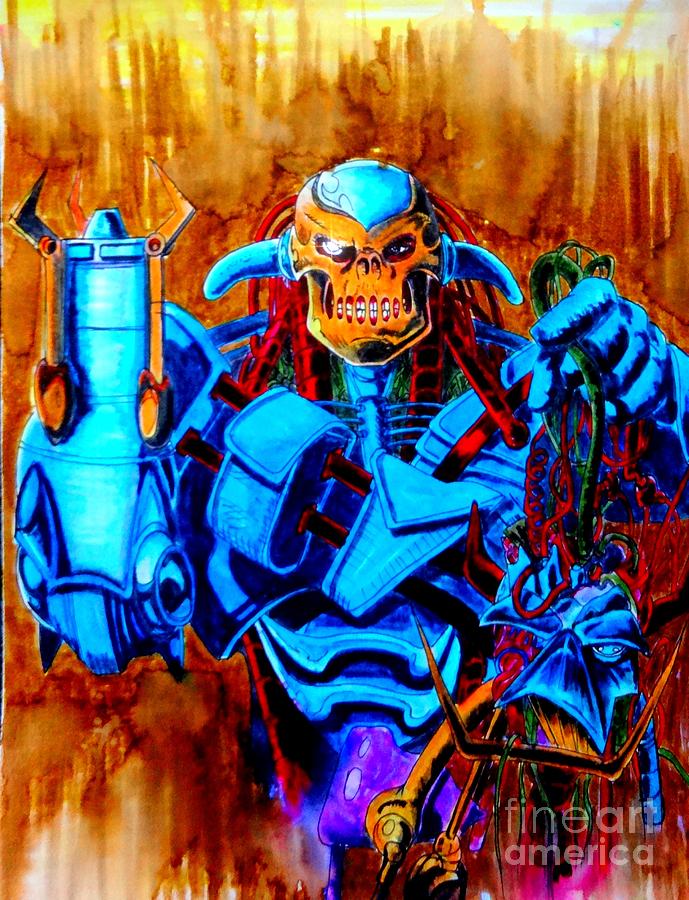 Death's Head is a fictional comic book character, a robotic bounty hunter (or rather, as he calls himself, a "freelance peace-keeping agent") appearing in the books published by Marvel Comics. The character was created by writer Simon Furman and artist Geoff Senior for the company's Marvel UK imprint. Furman decided to use Death's Head in his Transformers stories, but believed that characters appearing in Transformers "were prone to be absorbed into that title's catchall copyright" (allowing Hasbro to contest their ownership) and led to a one-page strip titled "High Noon Tex" (which was subsequently published in various Marvel UK titles) being hastily created to establish Marvel's ownership of the character. Furman has stated that he chose the name Death's Head for the character while unaware of the "Nazi-connotations of the name".

The character was later redesigned and relaunched as Death's Head II, acting as one of the flagship characters for Marvel UK's 1990s expansion. This version of Death's Head also inspired two spin-off characters, Death Wreck and Death Metal, each of which starred in its own limited series.

Later, in 2005, fans used a poll on Marvel's website to vote for the character's return. This led to a third version of Death's Head, Death's Head 3.0, created by original Death's Head writer Simon Furman. Simon Furman said in 2011 that the character was still popular because �he�ll never change or compromise or grow or repent or agonise like most comic book characters. He�s this unchanging, uncompromising rock that other characters bounce off. But you still kind of love him. Weird.�