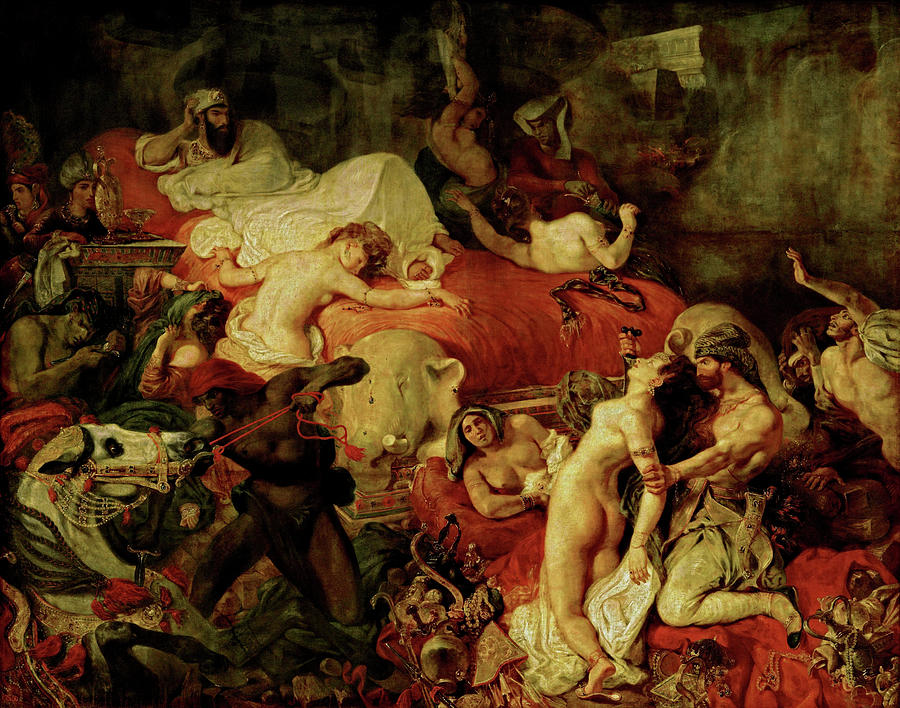 This is a reproduction of “Death of Sardanapalus” of 1827 by Eugene Delacroix. This massive painting depicts the preparations for immolation of the last king of Assyria, Sardanapalus, as told by the Greek historian Diodorus Siculus. It was immediately inspired by Lord Byron’s play of the same name produced six years before. Delacroix was aged twenty-nine when this was created. He had burst upon the French artistic word at the age of twenty-four with his “Barque of Dante” and became an immediate leader of the new Romantic movement. In contrast to the perfectionist Academics, Delacroix led the Romantics in the use of expressive brushstrokes being inspired by Rubens and Titan. He favored exotic scenes and emphasized color and movement rather than clarity of line. Though hs subjects were full of passion and violence, he depicted them with a great clarifty. He died in 1863 and influenced both the Impressionists and the Symbolists. This painting is an oil on canvas and measures 154 by 195 inches. It is in the Musee du Louvre in Paris.