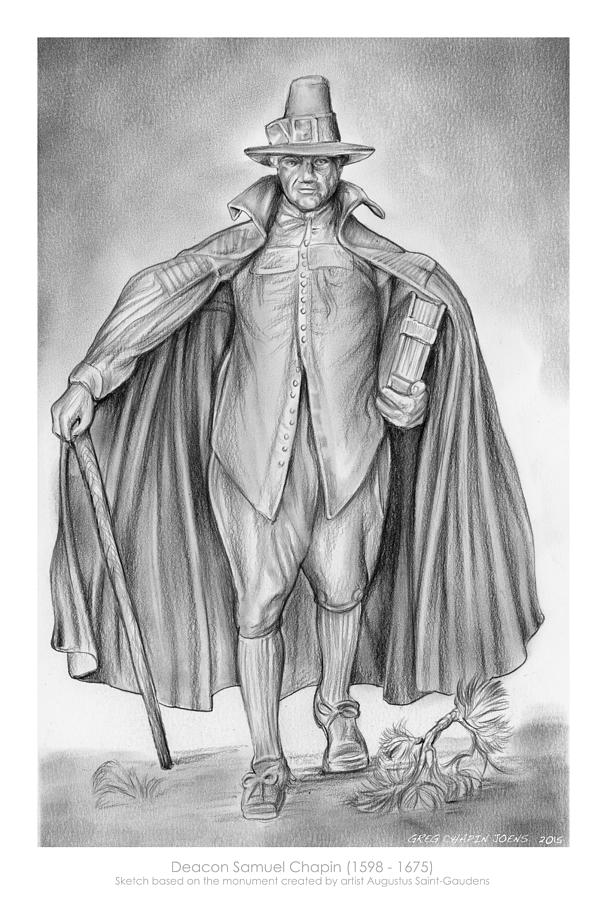 Samuel Chapin (October 8, 1598 – November 11, 1675) was a prominent early settler of Springfield, Massachusetts. He served the town as selectman, magistrate and deacon (in the Massachusetts Bay Colony there was little separation between the church and government). Chapin is best known today as the subject of the Augustus Saint-Gaudens sculpture entitled Deacon Samuel Chapin (also known as The Puritan). Source: Wikipedia