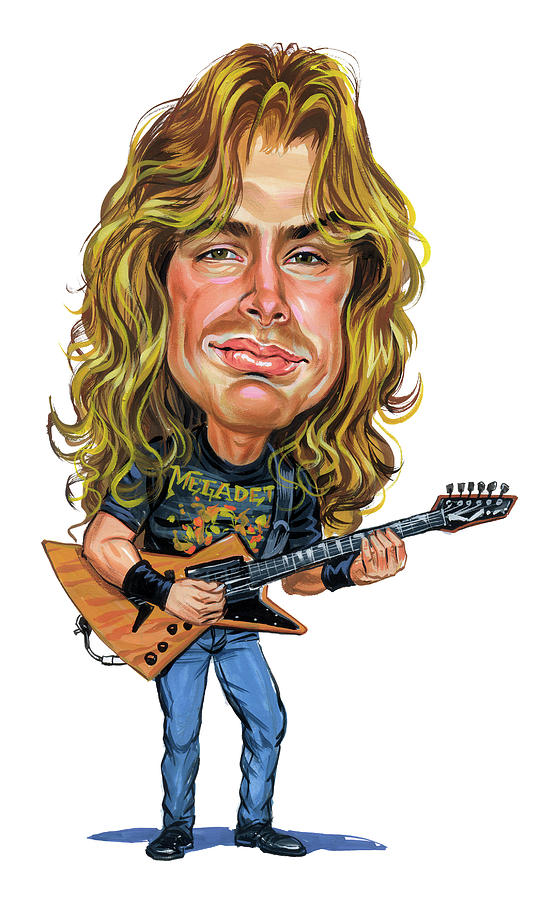 David Scott "Dave" Mustaine (born September 13, 1961) is the founder, main songwriter, lead guitarist, and lead vocalist for the American heavy metal band Megadeth. Prior to Megadeth, Mustaine was the first lead guitarist and a co-songwriter of the heavy metal band Metallica until he was fired from the band in 1983. In 2009, he was ranked No. 1 in Joel McIver's book The 100 Greatest Metal Guitarists. Mustaine was ranked 89th by Hit Parader on their list of the 100 Greatest Metal Vocalists of All Time. He is also the manager for the Canadian band Baptized in Blood. Source: Wikipedia.org