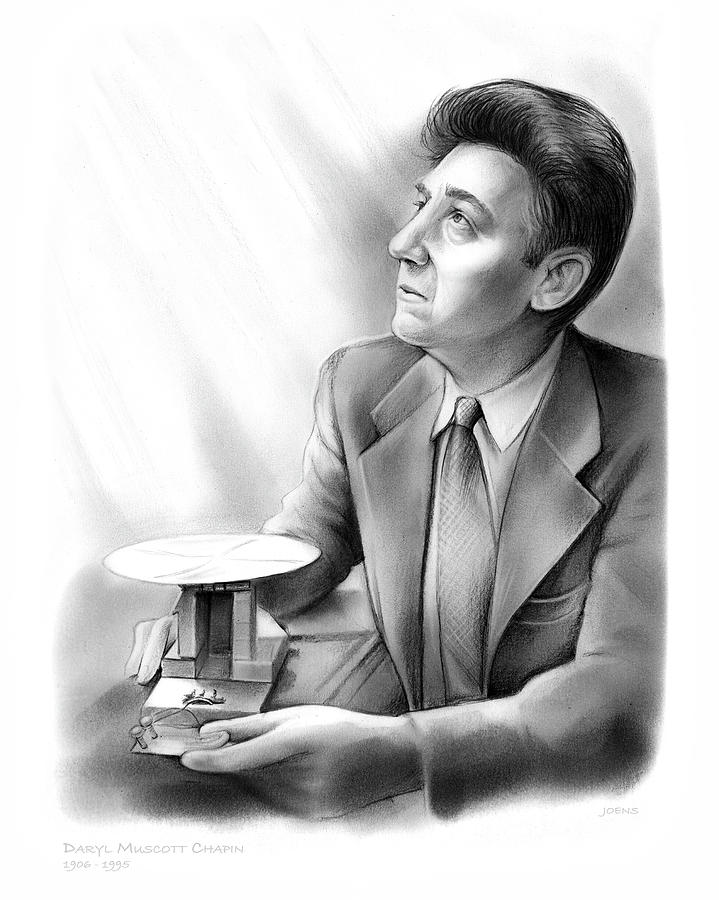 At Bell Labs, Chapin initially studied magnetic materials. During World War II, he focused on underwater sound devices and magnetic recording. In early 1953, in an effort to find new sources of power for transistor telephone systems, he began to investigate the direct conversion of solar energy into electrical energy. The solar battery was first demonstrated on April 25, 1954. In 1959, Chapin so simplified the process of making solar cells that it became one of Bell Systems’ Science Experiments performed by high school students around the U.S.

Chapin was a Bell Labs scientist for over 40 years. After retiring, he continued to invent and was working on a new board game for the blind at the time of his death.

All of your artwork is so well done! I'm impressed.