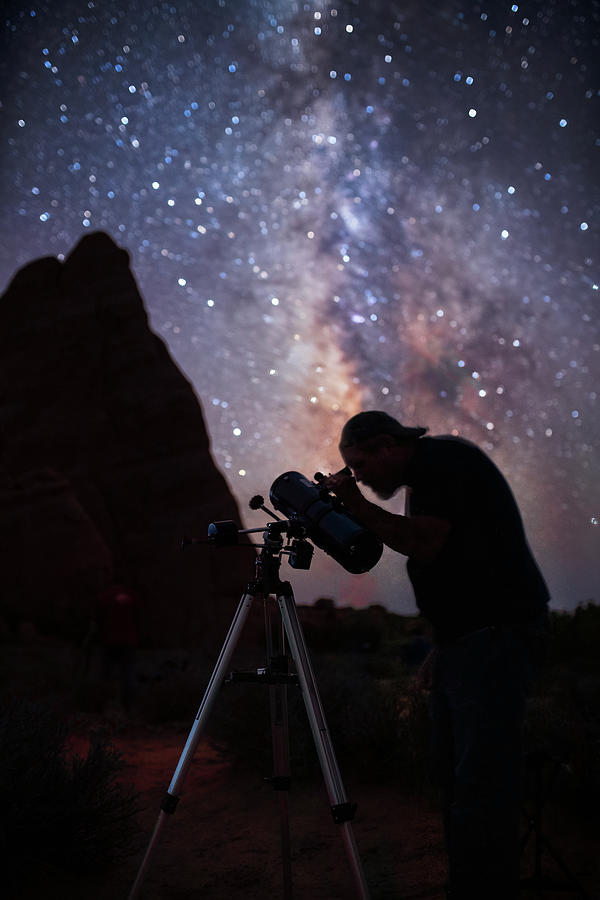 At first, April said her husband would just be there to carry her gear. I smiled because we see that a lot - where either the husband or wife act as the "sherpa". Then later, she asked if I was okay with him bringing his telescope and I said sure to that too.

In learning about night photography techniques, I've always been interested to learn more from those who use telescopes. I figure that the technology we use to shoot pictures at night really took off when digital cameras became viable for shooting at night and that wasn't that long ago. But for telescopes, the technology has been around for a lot longer. So I think we still have a lot of opportunities to learn from the astronomers.

So during some downtime in our September Moab workshop, I was all too happy to catch this image of Daniel looking at the night sky. Daniel was looking at Jupiter from this spot near Sand Dune Arch (and the Shark Fins) in Arches National Park near Moab, Utah.