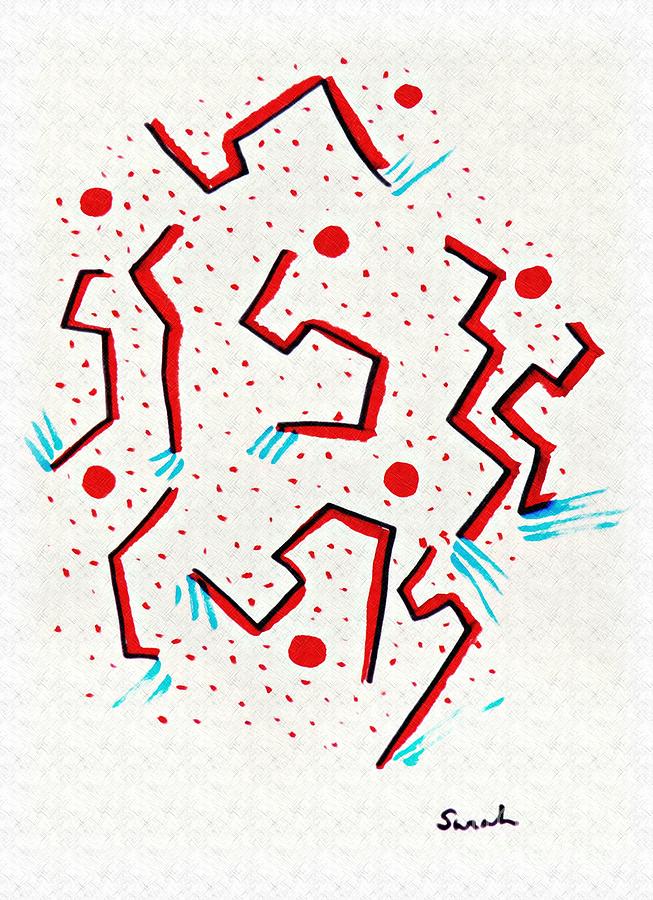 This is a marker drawing with digital enhancement and added texture.

Featured in the Abstract Moods group, May 2018.

The title floored me because after I saw it, I could see "them!" Fabulous! L/F

I love the pattern!