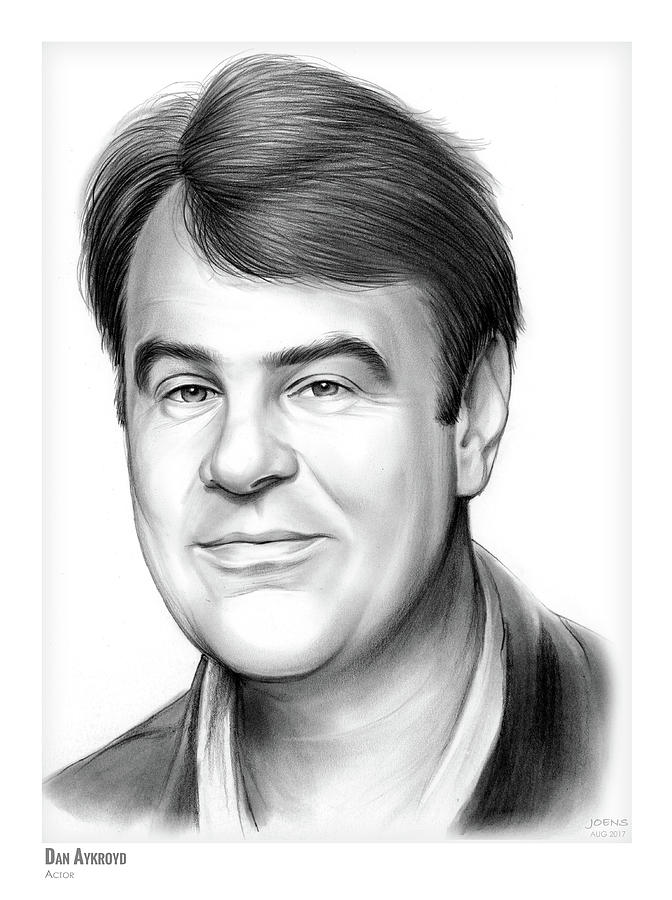 Dan Aykroyd - Pencil sketch of the day for Wednesday, August 9, 2017

Daniel Edward Aykroyd (born July 1, 1952) is a Canadian-American actor, comedian, dancer, producer, screenwriter, musician and businessman. He was an original member of the "Not Ready for Prime Time Players" on Saturday Night Live (1975–1979). A musical sketch he performed with John Belushi on SNL, The Blues Brothers, turned into an actual performing band and then a highly successful 1980 film, also called The Blues Brothers. He conceived and starred in Ghostbusters (1984), which spawned a sequel (Ghostbusters II) and eventually an entire media franchise. In 1990, he was nominated for the Academy Award for Best Supporting Actor for his work in the 1989 film Driving Miss Daisy. He starred in his own sitcom, Soul Man, from 1997–98. Aykroyd is also a successful businessman, having co-founded the House of Blues chain of music venues and the Crystal Head Vodka brand
Source: Wikipedia