Curl Of A Rock 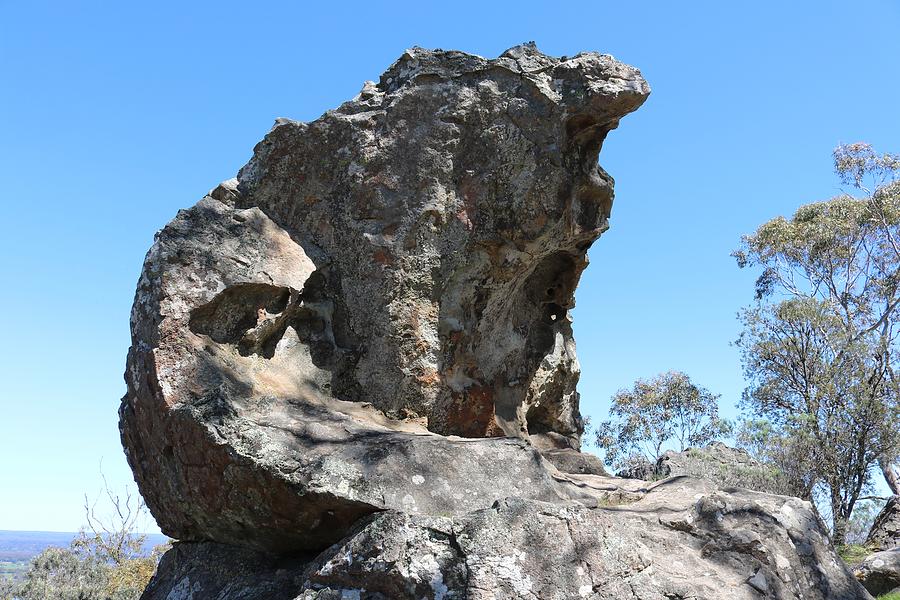 Curl Of A Rock

Hanging Rock (also known as Mount Diogenes, Dryden's Rock, and to some of its traditional owners as Ngannelong) is a distinctive geological formation in central Victoria, Australia. A former volcano, it lies 718m above sea level (105m above plain level) on the plain between the two small town-ships of near the townships of Woodend and Mount Macedon, Newham and Hesket, approximately 70 km north-west of Melbourne and a few kilometres north of Mount Macedon. In the middle of the 19th century, the traditional occupants of the place – tribes of the Dja Dja Wurrung, Woi Wurrung and Taungurung – were forced from it. They had been its occupants for, potentially, thou-sands of years and, colonisation notwithstanding, have continued to maintain cultural and spiritual connections with the place

Hanging Rock, is a rare volcanic formation . One of the best examples of a volcanic plug or mamelon in the world, it has been exposed to considerable weathering and erosion, resulting in a conglomeration of unusual rock formations. Rising 105 metres from the plain and formed six million years ago, Hanging Rock is actually a small steep-sided volcano (mamelon). Rainwater has gradually created unusual rock formations, including the Black Hole of Calcutta and the Cathedral.

Also known for Joan Lindsay’s book Picnic at Hanging Rock and Peter Weir’s film of the same ti-tle, to a colourful host of music concerts, markets and popular horse races, the Rock tells many tales about the history of the Macedon Ranges & has a most interesting interpretive centre and cafe.

F/L. Amazing rock formation! I love the lichens and the colors, too:>)

Thank you, this is a wonderful place to amble around

Congratulations on your feature! Spectacular artwork and excellent composition! Fl

Thank you very much Robyn, apprciated

Wow, Michaela, what an amazing shot. I love this fascinating rock. You also included a wonderful description. f/l

Thanks Cindy, the rocks here have wonderful shapes

Thank you and for the fave

How unusual and I can see two eyes and a nose here. Almost like the face of an owl.

Fascinating what nature can do, a great monolith love the composition Michaela & copious notes. LF