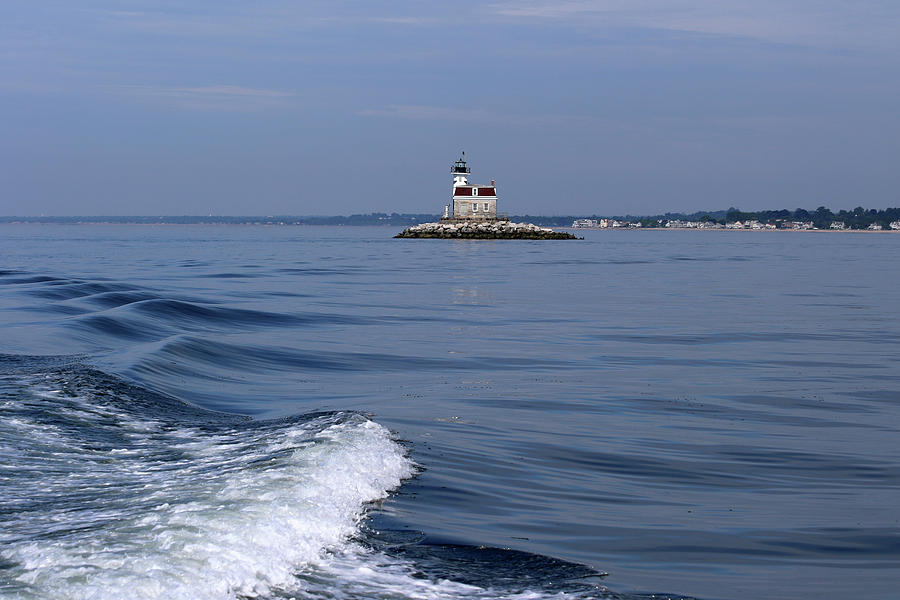 Penfield Reef Lighthouse is a lighthouse in Connecticut, United States, on Penfield Reef at the south side of Black Rock Harbor entrance on the Long Island Sound, off the coast of Fairfield, Connecticut. Constructed in 1874, it was one of the last offshore masonry lights. Most offshore lights built after this were cast iron towers built on cylindrical cast iron foundations.

As many lighthouses have ghost stories, so does the Penfield. It is known that one of the keepers of the light, Fred Jordan wanted to visit his family on Christmas and set out in a small boat in very bad conditions. His boat capsized in those conditions and he alerted another light guard to help him. The other guard set out on a launch to try to assist his friend and co-worker, but could not. Fred's body was found three months later. There are many stories that Fred has not left that lighthouse to this day. His spirit has been seen on numerous occasions and has even assisted boaters that have got into trouble in the waters. Those boaters have all said a man from no where came to their rescues in a small boat and said nothing, helped them to safety and then disappeared. This included two young boys who pointed Fred out in a picture that he was the man that saved them. To this date it is still a dangerous area with rocks just under the water level.

The Penfield Reef Light was badly damaged during Hurricane Sandy in 2012 and was repaired by the Coast Guard which completed in 2015.

My husband and I were out cruising when I captured this image. What a beautiful calm day it was. And "No", we did not see Fred!

Many thanks for all the features int he groups including but not limited to the New England Photography group, the Conencticut Images group and the Images that Excite group.

Congratulations!! This beautiful image has been selected to be featured for the week in the “New England Photographers Photographing New England” Group Home Page. You are welcome to add a preview of this featured image to the group’s discussion post titled “2019 July: Stunning Featured Images and Thank-you’s” for a permanent display within the group, to share this achievement with others. You may also share this featured image on our Facebook page: https://www.facebook.com/groups/171657183565863/ Thank you for your participation in the group! (July 11, 2019)