Creature From The Deep 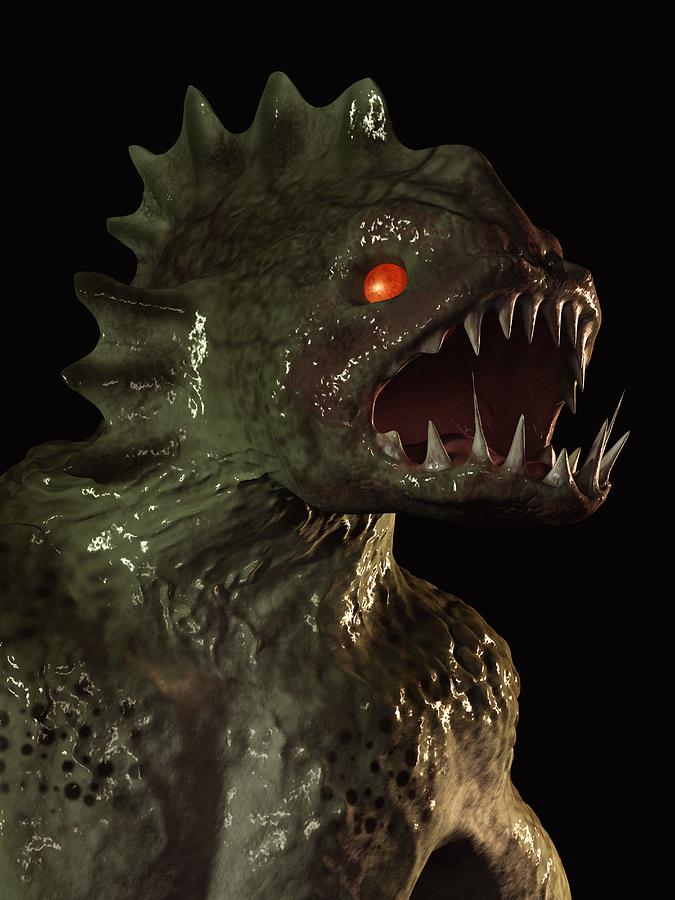 Creature From The Deep

This is a portrait of an ugly monster that I made for a contest held by the folks who run TheTruth.com and sponsor anti-smoking television ads and billboards. The name of the contest is "The Make Ugly" contest and its theme is Monsters, Giants, Undead, and Mutants. My image falls under Monsters and depicts a green, slimy fish-like creature with long spiky teeth, scaly fins, and dead eyes. I originally based the model on the gruesome angler fish, a deep sea carnivore. Initially, I made it to be one of H.P. Lovecraft's Dagon worshiping Deep Ones in a piece of fan art. But, for this contest though, I brushed up on the details for a closer shot.

Tools used: I sculpted this creepy guy in Zbrush. I then exported the model to Vue to enhance the material a little better and to render. Finally I did a bit of color correction in GIMP in post production.

Thanks for looking!
Daniel

I think he would scare "The Creature from the Black Lagoon". Very fishy!

awesome! :D another dinosaur and fantasy fan! Very nice, love the slick, moist feel you've got going on. Reminds me of Cthulu. ;)

he is definitely a thing of nightmares, what a fantastic creation, I'd vote for this...v/f

Dang! Now I'm going to have nightmares for a week.