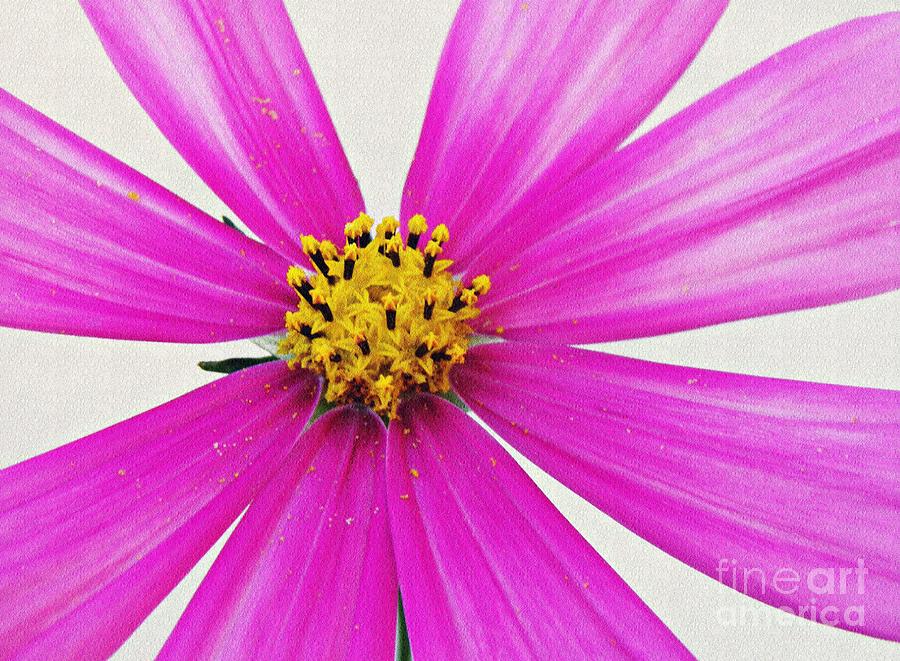 Per Wikipedia: Cosmos is a genus, with the same common name of cosmos, consisting of flowering plants in the sunflower family.

Cosmos is native to scrub and meadowland in Mexico where most of the species occur, as well as the United States, as far north as the Olympic Pennsula in Washington, Central America, and to South America as far south as Paraguay. One species, C. bipinnatus, is naturalized across much of the eastern United States and eastern Canada. It is also widespread over the high eastern plains of South Africa, where it was introduced via contaminated horsefeed imported from Argentina during the Anglo-Boer War.

Cosmos are herbaceous perennial plants or annual plants growing 1 ft to 6 ft 7 in tall. The leaves are simple, pinnate, or bipinnate, and arranged in opposite pairs. The flowers are produced in a capitulum with a ring of broad ray florets and a center of disc florets; flower color is very variable between the different species. The genus includes several ornamental plants popular in gardens. Numerous hybrids and cultivars have been selected and named.

Featured in the Visions of Spring- Glances of Summer group, December 2016.

Featured in the USA Photographers ONLY group, May 2018.

Outstanding photo, Sarah!! Extraordinary flower that takes me to those aerial views from the golden Hollywood musicals! L/F/T