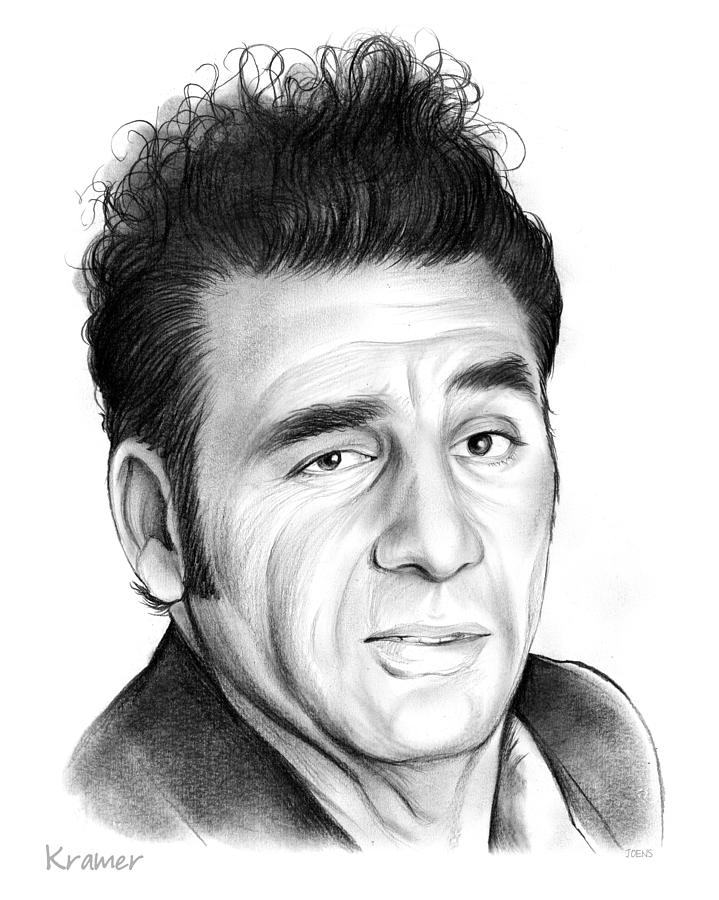 Cosmo Kramer, usually referred to as simply "Kramer", is a fictional character on the American television sitcom Seinfeld (1989–1998), played by Michael Richards.

The character is loosely based on comedian Kenny Kramer, Larry David's ex-neighbor across the hall. Kramer is the friend and neighbor of main character Jerry, residing in Apartment 5B, and is friends with George and Elaine. Of the series' 4 central characters, only Kramer has no visible means of support; what few jobs he holds seem to be nothing more than larks.

His trademarks include his upright hairstyle and vintage wardrobe, whose combination led Elaine to characterize him as a "hipster doofus"; his taste in fresh fruit; love of occasional smoking, Cuban cigars in particular; bursts through Jerry's apartment door; frequent pratfalls and penchant for nonsensical, percussive outbursts of noise to indicate skepticism, agreement, irritation and a variety of other feelings. He's been described as "an extraordinary cross between Eraserhead and Herman Munster". Kramer appeared in all but 2 episodes: "The Chinese Restaurant" and "The Pen", in the second and third seasons, respectively.

Excellent portrait Greg! One of my favorite characters on Seinfeld!! Congrats on your sale!