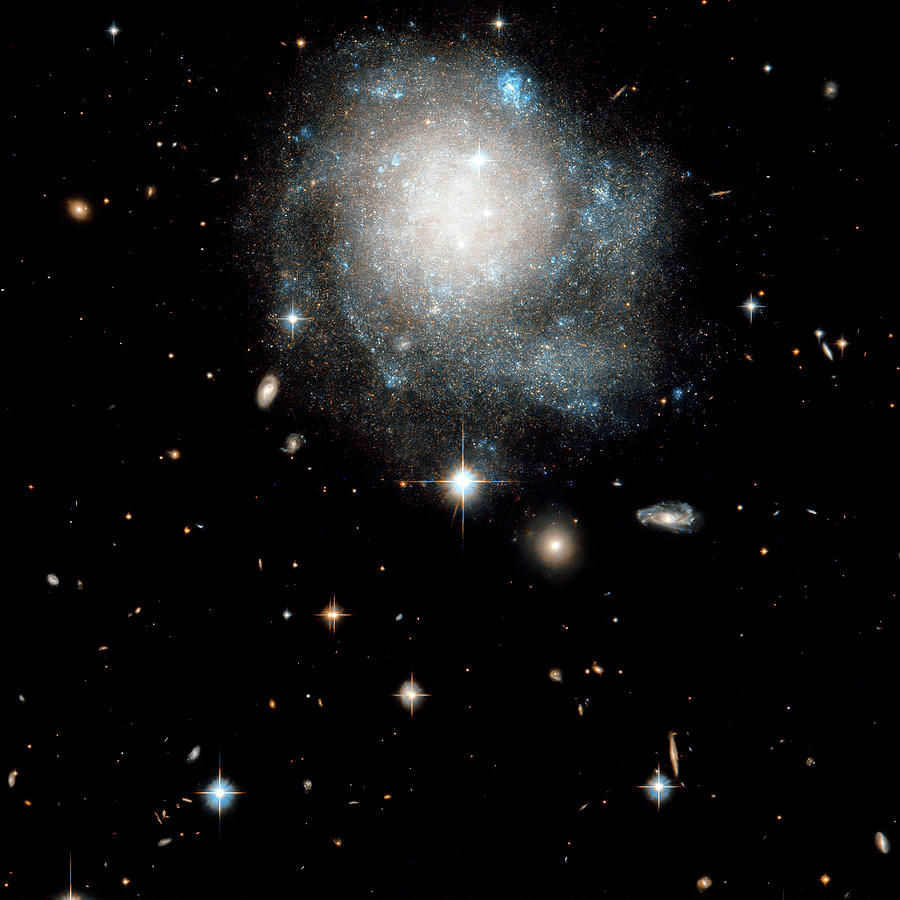 Observed with the NASA/ESA Hubble Space Telescope, the faint galaxy featured in this image is known as UGC 12588. Unlike many spiral galaxies, UGC 12588 displays neither a bar of stars across its centre nor the classic prominent spiral arm pattern. Instead, to a viewer, its circular, white and mostly unstructured centre makes this galaxy more reminiscent of a cinnamon bun than a mega-structure of stars and gas in space.

Lying in the constellation of Andromeda in the Northern hemisphere, this galaxy is classified as a spiral galaxy. Unlike the classic image of a spiral galaxy, however, the huge arms of stars and gas in UGC 12588 are very faint, undistinguished, and tightly wound around its centre. The clearest view of the spiral arms comes from the bluer stars sprinkled around the edges of the galaxy that highlight the regions where new star formation is most likely taking place.