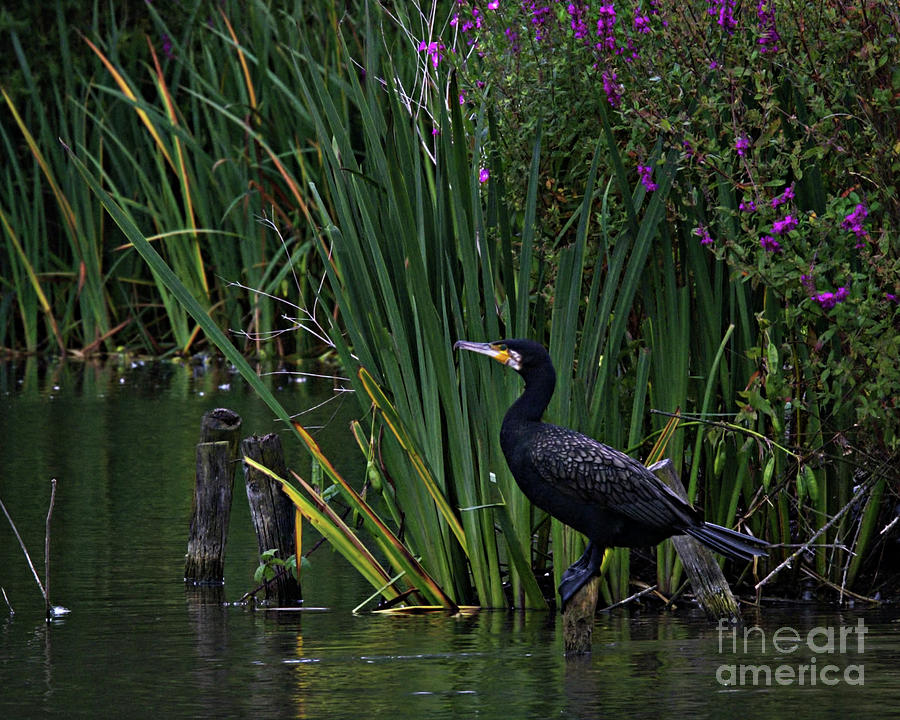 Cormorant taking a rest on his regular perch soaking up the last of the days sunshine Phalacrocoracidae is a family of approximately 40 species of aquatic birds commonly known as cormorants and shags. Several different classifications of the family have been proposed recently and the number of genera is disputed. The great cormorant (P. carbo) and the common shag (P. aristotelis) are the only two species of the family commonly encountered on the British Isles and "cormorant" and "shag" appellations have been later assigned to different species in the family somewhat haphazardly.Cormorants and shags are medium-to-large birds, with body weight in the range of 0.35–5 kilograms (0.77–11.02 lb) and wing span of 45–100 centimetres (18–39 in). The majority of species have dark feathers. The bill is long, thin and hooked. Their feet have webbing between all four toes. All species are fish-eaters, catching the prey by diving from the surface. They are excellent divers, and under water they propel themselves with their feet with help from their wings; some cormorant species have been found to dive as deep as 45 metres (150 ft).

Excellent capture with nice exposure and composition in a great setting. L/F