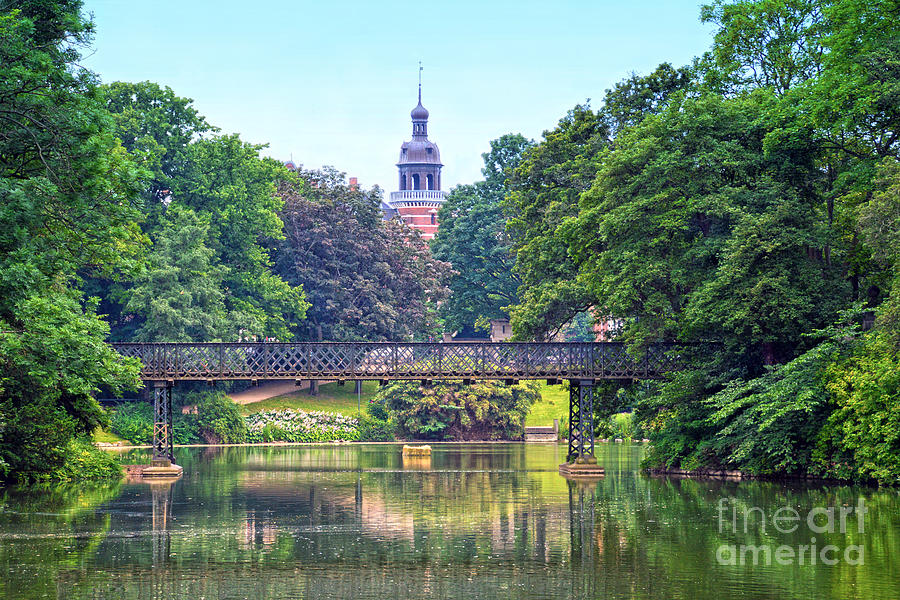 A wrought iron bridge spans the lake in Orstedsparken in Copenhagen, Denmark. The lake is a section of a moat from the city's old fortification ring, which was decommissioned in the 1870s. Orstedsparken is one in a series of parks which were laid out on the grounds of Copenhagen's fortifications.

The park was inaugurated in October 1879. It was a promenade park and also included Copenhagen's first public playground. There are many memorials and replicas of classical statues throughout the park, as well as gardens and trees, including unusual botanical specimens.

How serene and peaceful and beautifully captured.

Thank you very much, Laura!

My gosh this is beautiful. l/f